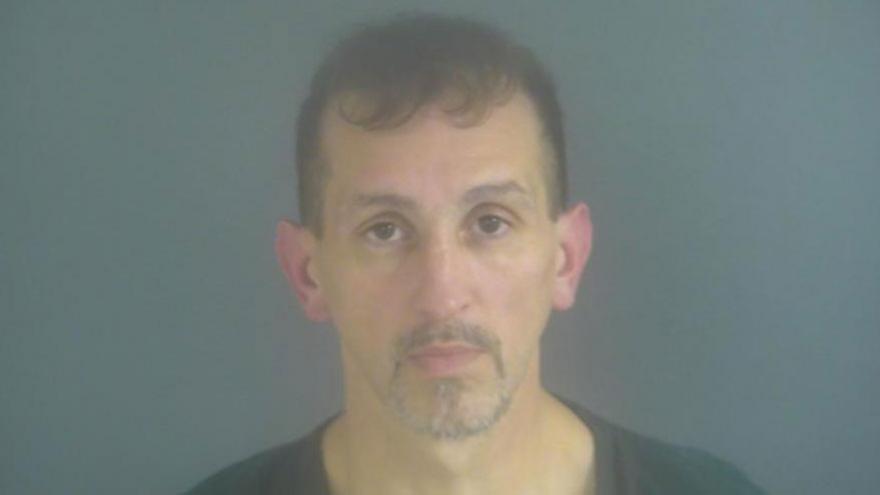 SOUTH BEND, Ind. -- An arrest was made in a burglary at Augie’s Locker Room after employees told police they recognized the suspect in the surveillance video.

On September 16, South Bend Police were dispatched to Augie’s Locker Room to investigate a burglary at the store.

One of the employees arrived that day and found one of the front windows broken.

Officers searched the store to make certain no one was inside, but no one was located inside.

The owner and his son arrived to the store and spoke with police. They confirmed several items were missing from the store.

The owner showed police security footage from the burglary. It showed a man walking through the store, taking multiple items out and pouring bleach on the floor and several items before leaving, according to the probable cause affidavit.

The suspect had multiple tattoos including a very distinct image on his right arm/shoulder area, police said.

The owner of the store recognized the suspect as a former customer and provided officers with his phone number, reports said.

During the investigation, officers obtained photos of the suspect, identified as Wayne Hensel Jr, and compared images of Hensel from the La Porte County Jail to the video taken at Augie’s, reports said.

The officer compared the photos of Hensel’s tattoos to the suspect on the surveillance footage and confirmed it was Hensel on the video, according to the probable cause affidavit.

Hensel was taken into custody and interviewed regarding the burglary. He denied any involvement in the burglary.

Hensel was charged on November 10 with burglary and criminal mischief.