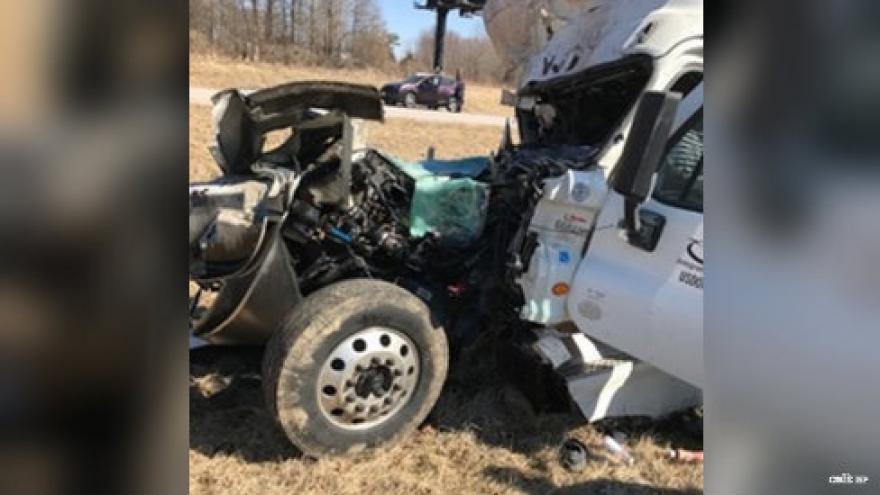 CLAY COUNTY, Ind.— According to the Indiana State Police, a semi-truck driver became distracted while eating and driving near mile 17 on I-70 Saturday morning, causing him to crash into another semi-truck.

Authorities say that Joe L. Robinson Jr., who was driving a semi-truck westbound on I-70, leaned over to pick up a sandwich he had dropped, momentarily taking his eyes off of the road.

When Robinson returned his gaze to the road, he noticed traffic had slowed and tried to avoid a collision by steering hard to the left.

Robinson’s truck then struck the back of Arizona resident Michael Workman’s semi-truck, causing its fuel tank to erupt into flames.

The passenger of Robinson’s truck, 45-year-old April Robinson, was sleeping in the sleeper berth at the time of the accident.

April Robinson was pronounced dead on the scene by the Clay County Coroner’s Office.

52-year-old Charles Tolbert of Arizona, who was resting in the sleeper berth of Workman’s truck, sustained neck and back injuries as a result of the collision.

Tolbert was transported to a hospital in Indianapolis, his injuries are not believed to be life threatening.

Neither drivers, who were both wearing seat-belts, were injured during the crash; drugs and alcohol are not believed to be a contributing factor.

The Indiana State Police are still investigating the incident.

The scene after the crash

Debris on the interstate from the crash