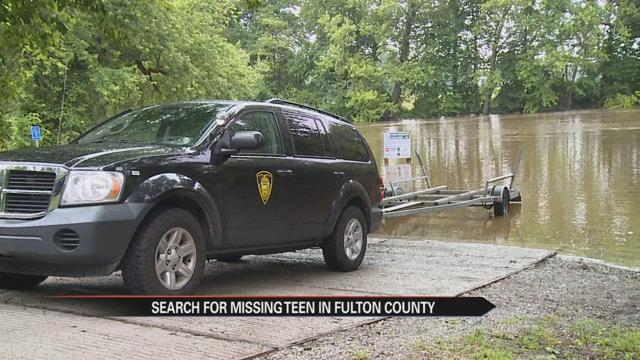 Police in Fulton County are searching for a teen who was last seen around 2 a.m. at a residence on West Olson Road in Leiters Ford. Officers learned during the investigation he may have fallen into the Tippecanoe River.

The Fulton County Sheriff's Department received a 9-1-1 hangup from the home at 2:40 a.m. While investigating that call, they learned Aaron Tracy Eckman may have fallen into the river.

Divers stopped their search after 7 hours because of the strong current.

“High water tables, swift currents on the river were making it a little too dangerous for officers to continue their search,” says Sergeant Tony Slocum with the Indiana State Police.

Eckman's father said he believes foul play was involved. He says there's a chance someone pushed his son in the raging waters.

Indiana State Police says it's too early to tell if foul play was involved in Eckman's disappearance.

If you have any information on Eckman's disappearance, contact the Indiana State Police at 765-473-6666.