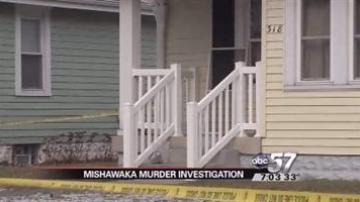 MISHAWAKA, Ind.— On Thursday, detectives gave ABC 57 an update on the investigation into the murder of 84-year-old Lois Hickey, in Mishawaka.

Hickey was found beaten and stabbed to death in her home on the 300 block of East Donaldson in December.

On Thursday, police confirmed that they found the killer’s blood and said that they are testing his DNA.

The hope is that they can find him with the DNA and the public’s help.

Michael Dvorak, the St. Joseph County Prosecutor said, “"Because we have captured that DNA evidence we have a greater degree of confidence that this individual will be apprehended either through that or hopefully through the leads that anyone that may have any knowledge would share with law enforcement."

The DNA hasn’t matched anyone in Indiana, but police will be testing it in the national database this week.