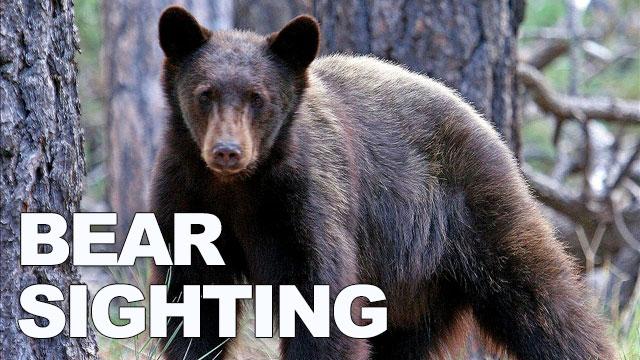 The Indiana Department of Natural Resources confirmed the presence of a wild black bear in northern Indiana. They say the bear walked here from Michigan.

"It just makes sense that this is a young bear. They're the only ones that make these long treks," Bud Veverka, a research biologist for DNR said.

The DNR received reports of a black bear wandering northwest of South Bend in St. Joseph County earlier in the week.

Animal waste submitted to the DNR was confirmed to be bear scat.

“With black bears in some surrounding states, we were expecting a bear to show up eventually,” said Mitch Marcus, Wildlife Section chief for the DNR Division of Fish & Wildlife. “It's quite unusual and exciting for a Michigan lakeshore black bear to move this far south. Michigan DNR officials told us this is the southernmost black bear movement in more than a decade.”

Although there have been occasional unconfirmed reports of bears in Indiana, this is the first verified presence of a bear in the state in more than 140 years.

Young black bears are known to disperse in the springtime as they seek new territory in which to settle.

“Indiana does not have a breeding population of black bears, and we expect this one to turn back north eventually,” Marcus said.

Indiana DNR encourages citizens to report sightings of the bear to [email protected] or by calling (812) 334-1137 during regular business hours. Photos or videos can be sent to the same email address.

Black bears are shy by nature and tend to avoid human contact. Attacks are rare. Black bears are non-aggressive in most instances and prefer fleeing from humans when given the chance.

DNR says the biggest concern is the bear moving into an area like downtown South Bend.

"Our biggest fear is that this bear could get into an urban area.They'll get cornered in an alley, and that's when they become dangerous if they're cornered," Veverka said.

DNR wildlife biologists offer the following bear awareness tips:
Black bears are now listed as an exotic mammal and protected under Indiana Administrative Code 312 9-3-18.5 (b-1), which prohibits the killing of a black bear except by a resident landowner or tenant while the animal is “destroying or causing substantial damage to property owned or leased by the landowner or tenant.”
Share this article: