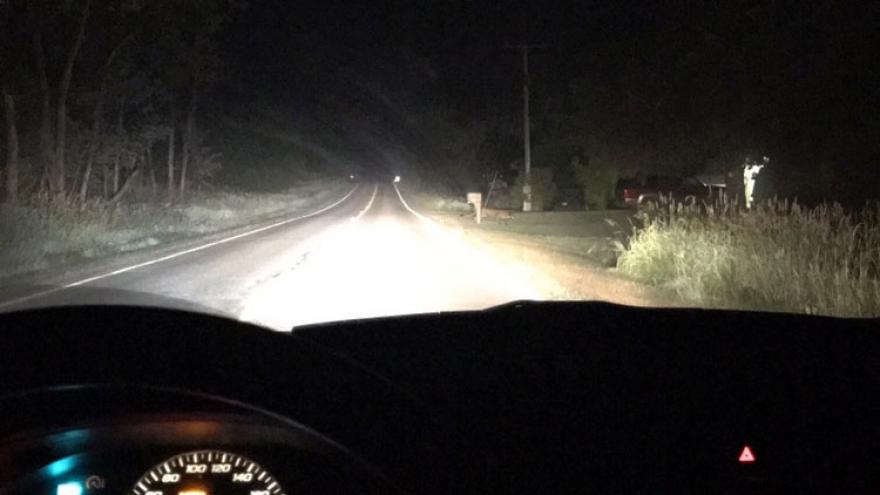 LANSING, Mich. -- For the first time, the Michigan Department of Natural Resources has confirmed the presence of a cougar in the Lower Peninsula.

A Haslett resident took a photo of the cougar in Bath Township, Clinton County on June 21. The cougar was spotted near the Rose Lake State Wildlife Area.

The witness reported seeing a large cat in his headlights as the animal attempted to cross the road. He took the photo as the cougar turned back from the road into an area of thick vegetation.

The DNR received the photo on June 26 and biologists reviewed the photo and visited the site where the photo was taken. They determined it was a cougar in the photo.

“Even with this verification, questions remain, especially regarding the origins of the animal,” said Kevin Swanson, DNR wildlife specialist and member of the agency’s Cougar Team. “There is no way for us to know if this animal is a dispersing transient from a western state, like cougars that have been genetically tested from the Upper Peninsula, or if this cat was released locally."

While cougars were native to Michigan, they were extirpated, or locally extinct, around the turn of the century.

Over the past few years, DNR has received numerous cougar reports throughout Michigan, but all confirmed sightings or tracks were from the Upper Peninsula.

Cougars are protected under the state Endangered Species Act and cannot be harmed except to protect human life.

If you see a cougar:

Face the animal and do not act submissive. Stand tall, wave your arms and talk in a loud voice.

Never run from a cougar or other large carnivore. If children are present, pick them up so they cannot run.

Do not crouch and get on all fours.

If attacked, fight back with whatever is available. DO NOT play dead.

Report the encounter to local authorities and the DNR as soon as possible.