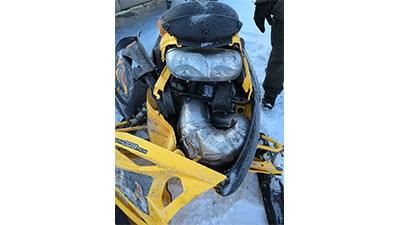 Indiana Conservation Officers are investigating a snowmobile accident that claimed the life of a 41-year-old Koontz Lake man.

The accident happened in Wanatah in La Porte County.

According to the Indiana Department of Natural Resources, 41-year-old Jason Beecher was found dead near a parked tractor trailer on the Kaiser Farms property.

Investigators believe Beecher struck the back of the trailer while traveling at a high rate of speed.

Conservation Officer Tyler Brock inspected the snowmobile and did not find any mechanical issues with it.

The DNR says Beecher was not wearing a helmet at the time of the crash.