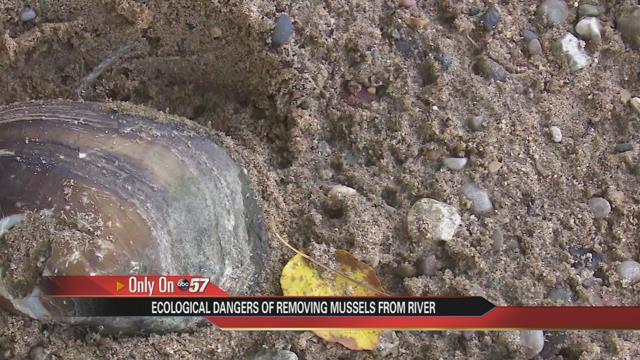 DNR officers are reminding the public that it is illegal to collect fresh water mussels whether they are live or even if it is just the shell.

The State of Indiana closed musseling season 30 years ago and it has not been open since but recently DNR officers ran into some mussel collectors.

That may not seem like a big deal but there are legal repercussions.

Employees at Bodine State Fish Hatchery say the declining mussel population could have costly affects to local businesses if it is not managed.

“The trout and salmon program generates over six million dollars a year. That’s just from the people that come up here to catch those fish and we want to protect that,” says Bob Bell, who works at Bodine State Fish Hatchery.

Bob Bell explains how in order for the hatchery’s fish to survive, the St. Joseph River needs to be clean and maintain a balanced ecosystem and the mussels play a role in that.

“The current population of the mussels is not at the level that we want it to be but we still have some there so we want to take care of them,” says Bell.

Thirty years ago the state of Indiana made collecting mussels from water ways illegal.

Most people like them for their pretty shells and they can also be used to make valuable pearls.

This past weekend, DNR officers spotted some mussel collectors.

“These species are a vital part of our ecosystem and if we lose that it could drastically change our rivers and streams in Indiana,” says Jonathon Boyd, an Indiana Conservation Officer.

“If you don’t know what that wildlife is leave it alone, leave wild life wild,” says Boyd.