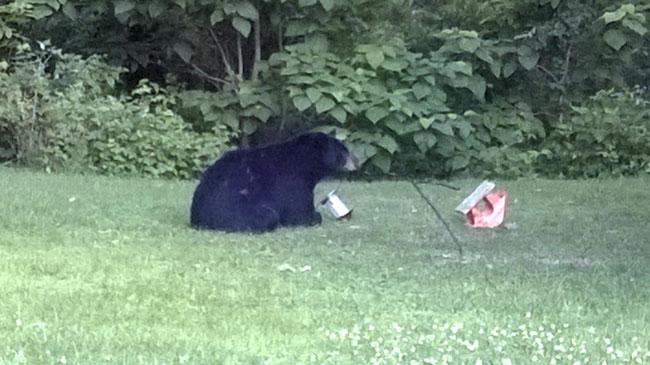 The black bear that has been spotted in the Michigan City area recently will be trapped and relocated, according to the Indiana Department of Natural Resources.

A trap was set at an undisclosed location on July 15.

On July 14, Conservation Officers and law enforcement responded to multiple bear sightings in the Motts Park area of Michigan City.

The bear was rifling through trash, raiding bird feeders and walking on porches.

The DNR says because the bear has become habituated to the area, there’s a risk of danger to both the bear and residents.

The Indiana DNR is working with Michigan’s DNR to relocate the bear to rural Michigan where there is an established bear population.

The bear, a young male, appears to have first entered Indiana in St. Joseph County the week of June 12. A scat pile it left in a resident’s driveway just north of South Bend was the evidence DNR needed to confirm the presence of a wild bear in Indiana for the first time since 1871.