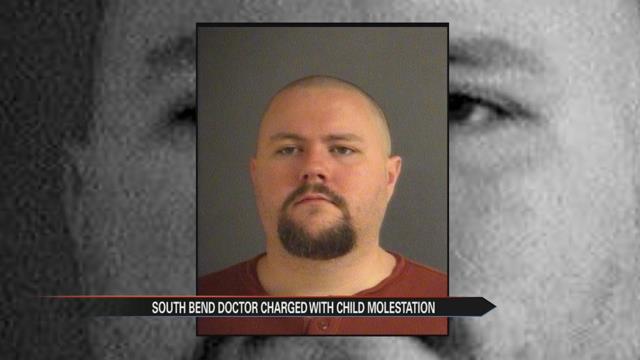 A South Bend family Physician has been arrested and charged for child molestation.

Jon Andrew Shull was arrested Tuesday afternoon by St. Joseph County Police.  His victim was not a patient.

Now, the allegations surrounding this well known doctor are sending shock waves through the community.

Patients and people who knew him –tell me they are startled and disappointed!

“I clicked on the link cause he looked familiar and it said Dr. Shull – you know its disappointing but I'm still in shock.”

Patients and families sounding off on social media expressing the same feeling.

Santana says “it makes you go back and rethink every incident. Maybe there was a sign that you didn’t see. Makes you think about all the visits and second guess if there was any sign that you could have caught.”

According to the probable cause affidavit, between February 1 and march 1, 2014, shull forced a girl under the age of 14 to touch his genitals.

Shull allegedly told someone with Cass county child protective services that he had inappropriately touched the young girl while at a home in Granger.

“no matter what, you hope that a doctor wouldn’t take advantage even though it wasn’t a patient, still a profession where involved with little kids and you should know better," says Santana.

Wanting to remain anonymous, we spoke to a former patient of the doctor. She sad it has jolted her family.

“Shocked, betrayed and feeling like who can you trust! In a way I kind of feel violated. That somebody would of that mentality would – you know he delivered babies. You know he did surgeries. Its like what else could he do??”

Beacon Medical Group confirmed Shull was an employee, but he was dismissed of his duties in 2015.

He had worked at the southeast neighborhood clinic in South Bend as a Physician.

Santana says no matter what profession – trust is an issue.

“We don’t leave our kids with anybody, whether its doctors…. If we don’t know ‘em, their not trustworthy enough to be around our kids.”

A court hearing is scheduled for Thursday morning at the St. Joseph County Courthouse in South Bend.