Doctors: California teens getting drunk off of hand sanitizer 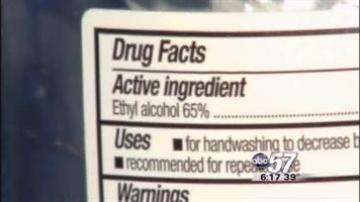 Some Southern California teens are guzzling alcohol-based hand sanitizers to get drunk. Doctors and health officials say they've seen a spike in cases and say calls to poison control are up too.

"We're talking about 120-proof alcoholic beverages, so that's like several shots of hard liquor,” said Toxicology Expert Dr. Cyrus Rangan. “A few swallows is all it takes to get a person to get the intoxicating effects of alcohol.

Doctors say parents should buy foam sanitizer instead of gel. They also say check the levels on the bottles kept at home.