Doctors see increase in heroin use among adults under 30 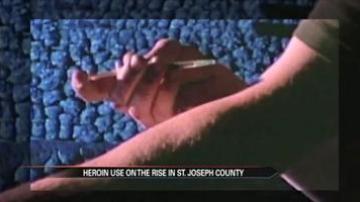 ST. JOSEPH COUNTY, Ind. -- In the past three years, doctors at Oaklawn Psychiatric Services say they have seen a steady rise in the use of heroin among people aged 18 to 25 years old.

John Horsley, the Director of Addiction Services said they are doing everything they can to educate parents on this issue so it can be identified and treated early

"The majority actually are young people who come from middle to upper class families who are good families and this has happened," said Horsley.

"Prescription pills sold on the street are very costly so typically dealers will introduce heroin as an alternative," said Horsley.

Horsley says over the past 2 years, hard core drugs like heroin have rippled across northern Indiana, mostly affecting young people under 30.

Stopping it starts with parents who need to keep their prescription drugs locked up.

"It's very important you monitor that and keep them out of the hands of adolescents and young adults because it's my opinion that, that is where it starts. It doesn't start with the heroin," said Horsley.

Mishawaka Police say heroin has been making a comeback and they are trying to keep this trend from spreading.

"Our goal is to get out in front of it and keep it at a minimum so it doesn't spread and get out of control," said Lieutenant Tim Williams of the Mishawaka Police Department.

The Healthy Communities initiative in St Joseph County will come out and educate a group of parents on this dangerous trend. Click here for more information: http://www.healthycommunity.co/