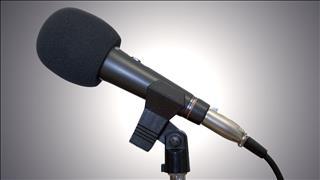 Whoa, who knew the debate over participation trophies -- those awards children get just for showing up and playing sports -- would strike such a chord?

After NFL linebacker James Harrison took to Instagram this weekend, announcing he would be sending back the trophies his sons, 6 and 8, received "until they earn a real trophy," parents on social media responded in droves, with the majority applauding Harrison, who plays for the Pittsburgh Steelers.

On the other side are parents such as Whit Honea, a father of two sons, 9 and 12, who participate in sports, and author of "The Parents’ Phrase Book: Hundreds of Easy, Useful Phrases, Scripts, and Techniques for Every Situation."

While Honea, who has also coached sports, doesn’t believe trophies are necessary, he does believe they reward effort, not the final outcome.

"The idea of a participatory trophy is not to make everyone a winner, but to acknowledge that the child put time and effort forward and to provide a memento of the experience," said Honea on Facebook.

"Having a child return the trophy compounds the idea that only being the best is good enough when in fact giving one’s best should have that mantle."

My girls, 7 and 9, get a trophy at the end of every soccer season. The impromptu ceremony includes a cheer for the effort of each gal on the team and then each parent trying to get a quick photo of his or her child before the kids go off and play.

What could possibly be wrong with celebrating my girls’ effort as long as we, as parents, aren’t holding them back from making mistakes and learning from disappointments, such as losing a key game or missing a goal?

"That if you tell a kid they’re wonderful and they believe you, then it just confirms their belief and that’s not about healthy self-esteem, that’s about narcissism."

In fact, a study earlier this year found that children whose parents overvalued them were more likely to develop narcissistic traits, such as superiority and entitlement -- two qualities that aren’t necessarily going to benefit our kids when the going gets rough.

Another concern about participation trophies, said Merryman, who wrote a New York Times op-ed "Losing is Good for You," is that they don’t give our kids room to make mistakes and learn from those mistakes.

"It’s fine to say ... ‘You didn’t go to all of the games. You didn’t practice soccer. The other kid worked really hard and he did really well and he deserves a trophy and you should go over and congratulate him.’ That’s a hard lesson, but it’s an important lesson," she said.

"So I would rather have kids realize that there are no stakes and they can make mistakes and move on then have them find out the first time in their lives, when they are in their teens and 20s, that not everyone is going to give them a trophy."

Hilary Levey Friedman, author of "Playing to Win: Raising Children in a Competitive Culture," said there are many parents who want these participation trophies and that the people who run the camps and classes need to provide them to keep their businesses going.

"In most cases, this is going to go in the opposite direction. Someone is going to say, ‘Why didn’t my child get a trophy?’ and they don’t want the kids to be upset, they want people to come back ... and so it just sort of becomes part of what’s expected," said Friedman, a professor of American Studies at Brown University.

After interviews with 37 children for her book, she found kids to be "super savvy" when it comes to their trophies, including what they got them for and why.

"I had one child who would say to me about several of them. ‘Well, I kind of purposely played in this easier one because I knew I would win and now I don’t really count that as a real victory because I went in and I knew it was below my level,’ " said Levey Friedman.

"And so kids know. They definitely know and so that’s a dangerous thing to just think, ‘Oh, you are going to get something all the time and everybody has to be a winner’ because then how do you exist later on in life?"

But I keep thinking about my girls: they don’t play soccer because they get a trophy. They play because they love the sport. And the trophy pretty much just gathers dust on their shelves. The real thing they care about is the game itself, which is where we, as a family, like to keep the focus, on the effort they put in and how it felt afterward.

Putting participation trophies in perspective
Mark Hyman, whose books include "America’s Obsession with Youth Sports and How It Harms Our Kids," said there are many reasons to be concerned about the future of youth sports, citing a 70% drop-out rate for children in organized sports by 13, concussions in youth football, lacrosse and soccer, and the high cost and professionalization of sports.

"And 6-year-old children getting participation trophies to me is not a problem that deserves a lot of our attention or concern," said Hyman, who is also author of "The Most Expensive Game in Town: The Rising Cost of Youth Sports and the Toll on Today’s Families."

Merryman, the co-author of "Top Dog," said she doesn’t see it as an "either/or conversation" and believes parents’ strong feelings about participation trophies can perhaps lead to more conversations about youth sports in general, including how many sports kids are playing and the mental and physical impact of today’s sports culture on our kids.

All sides would agree that what parents should be seeking from youth sports is for kids to become passionate about playing sports, to be active and spend time with their friends. Sports should not be seen as a "career path to the Steelers or Harvard Law School or to the White House," said Hyman, who is also an assistant teaching professor of management for the George Washington University Sports Management Program.

When you view sports as just a healthy part of growing up, there’s nothing really threatening about a 6-year-old getting a trophy, he added.

What do you think? Do you think participation trophies are harmless or bad for children? Share your thoughts with Kelly Wallace on Twitter @kellywallacetv or CNN Parents on Facebook.