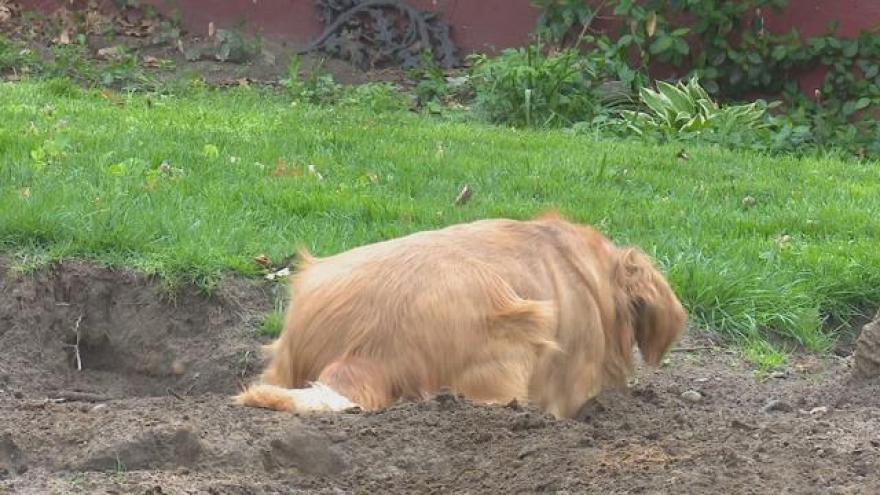 A South Bend dog may have saved several lives after finding a grenade in his backyard.

The dog, a golden retriever named Brodie, loves to dig on his owners’ property.

“He’ll dig for hours if you let him,” Clayton Griggs said.

Thursday, the Griggs family thought Brodie had dug up a ball, but when they took a closer look, they saw he had dropped a grenade on the ground.

“I was worried, I thought he might have hit that and exploded. It was horrifying to a point,” Griggs said.

“It’s not the kind of thing anybody wants on their property or anywhere near their homes,” St. Joseph County Police Assistant Chief Bill Thompson said.

The weapon wasn’t detonated, and could have exploded at any moment.

“The problem is they kind of get very unstable over time,” Thompson said.

The grenade had plenty of time to grow more dangerous,

“That is ordinarily what has happened, is a veteran has brought it back,” Thompson said.

South Bend Police took the grenade and will detonate it safely.

The Griggs used a metal detector to check the rest of their property, and haven’t found any additional explosives.

“We had no idea of any of this, or any idea of the history of the people that lived here before us,” Griggs said.

Brodie continues to dig, and his family is thankful he kept them safe.

“He’s a pretty smart boy. He could be onto something here,” Griggs said.