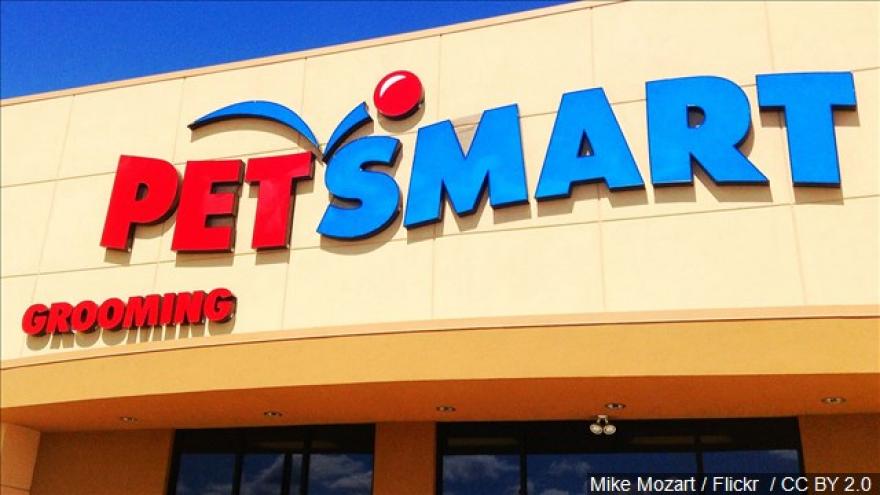 Saginaw Township Police Chief Don Pussehl said a woman with a pit bull was walking out of the store after the dog received grooming. At the same time, an owner and a beagle were walking into the store. A violent confrontation ensued between the two dogs. Photo courtesy Mike Mozart / Flickr / CC BY 2.0

SAGINAW COUNTY, Mich. (WNEM) -- Authorities are investigating a dog fight at a local PetSmart that left a beagle dead.

It happened just before 2 p.m. Tuesday, July 3 at the PetSmart on Tittabawassee Road in Saginaw Township.

Saginaw Township Police Chief Don Pussehl said a woman with a pit bull was walking out of the store after the dog received grooming. At the same time, an owner and a beagle were walking into the store.

The two dogs had a violent confrontation, Pussehl said. The owner of the pit bull suffered bite wounds to the hand while trying to break the dogs apart. The other owner was not injured.

The beagle was taken to the in-store veterinary clinic where it had to be put down due to its injuries, according to police.

Pussehl said a groomer at the store told investigators the pit bull had "old fighting injuries" around its face.

PetSmart issued a statement on Thursday saying, "We are deeply saddened by the loss of Greta as a result of the incident." They added their thoughts are with Greta's owners during this difficult time.

News of the attack has other pet owners worried.

"I think that's very scary, extremely scary. Because you don't expect that to happen randomly in the parking lot with your dog," said Shelley Mayle, pet owner.

It's a harsh reminder to owners to always be aware of your surroundings.

"I know dogs are unpredictable though in certain situations. I think it's maybe just having better handle of your dog, knowing what you can and can't do," Mayle said.

Sandy Owehus, another pet owner, agrees with her. Owehus knows a thing or two about pit bulls because her kids own them.

"They all have pit bulls and the biggest thing they can do is probably lick you to death," Owehus said.

She said they do need proper training though.

"They need to understand how to keep it under control, how to train it and how to make it behave," Owehus said.