Dog food recalled after euthanasia drug found in it 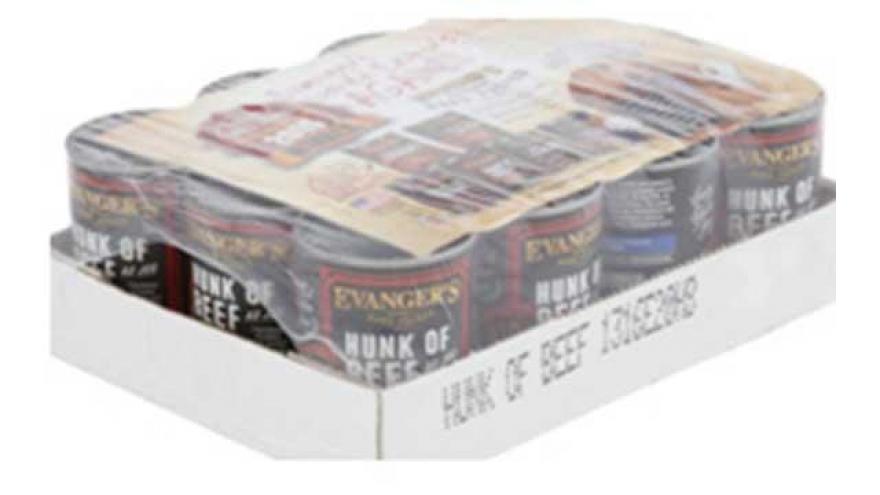 (CNN) -- On New Years Eve, Nikki Mael fed her four pugs a premium dog food as a special treat. They immediately became violently sick. One of the dogs, Talula, would die before the next morning.

The pets had eaten a dog food called Hunk of Beef Au Jus, the best-selling offering from Evanger, an Illinois-based pet food company. The company quickly launched an investigation.

After a month-long testing process, Evanger has zeroed in on the cause: the presence of pentobarbital -- a chemical that's used to put down pets.

For the first time in its 82-year manufacturing history, the company issued a recall. It affects all Hunk of Beef products produced the same week as the tainted can.

'They weren't moving or anything'

"I fed them one can and within 15 minutes, they were acting drunk, walking around, they couldn't ... they were falling over," Mael told CNN affiliate KATU. "So I grabbed them all and I took them to the emergency vet and when I got them there when they were limp. They weren't moving or anything."

In a news release, Evanger's described the four-week investigation into the Mael pug's death.

Pentobarbital is very tightly controlled and, if an animal is euthanized, it's done so by a veterinarian.

But there's no regulation that says a vet then needs to put any kind of marker on the animal indicating it's been euthanized. Such a marker would ensure that product from euthanized animals didn't enter the food chain.

"We continue to investigate how this substance entered our raw material supply," the company said.

Evanger said it's ended its 40-year relationship with the meat supplier that sold them the contaminated meat.

"All Evanger's suppliers of meat products are USDA approved," the company said. "This beef supplier provides us with beef chunks from cows that are slaughtered in a USDA facility."

The company is paying for Mael's veterinary bills. It also made a donation to a local shelter in honor of the pug who died.