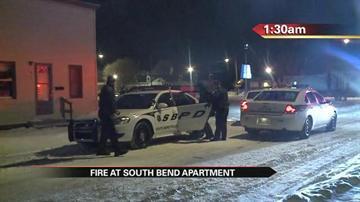 SOUTH BEND, Ind. — An apartment fire caused evacuations around 1:30 Tuesday morning on the 400 block of Jackson Street near Western Avenue in South Bend.

Police say a domestic dispute turned into arson. Officers say they got a call about a woman lighting her ex-boyfriend's curtain on fire.

Fire crews were able to quickly put out the flames. No injuries were reported.

The woman believed to have started the fire was arrested.