Domestic violence: What can you do to help? 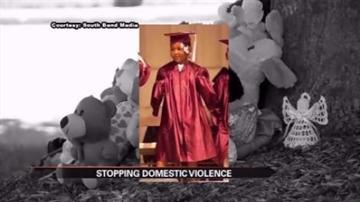 When you see someone you believe is a victim of domestic violence, what do you do? Sometimes it can be as easy as knocking on a door – or picking up the phone.

"Domestic violence is not a family matter, it's a community matter. We all carry the sadness of this trauma,” said Sareen Dale of the Family Justice Center.

Sunday a 6 year old girl was stabbed to death, allegedly by her father. Her mother was also stabbed.

Family members say it was a culmination of years of abuse.

The tragedy reinforces the importance of a strongly connected community.

"As a community we need to be trying to do everything we can to throw life rafts when we can,” said Dale.

Dale says that sometimes just a knock on the door is enough to get the abuse to stop - if only for the moment.

"It is important to call the police, if you know something is going on, if you have a gut reaction,” said Dale.

Dale says you could step in, but only in a safe way.

"There are many ways to be an active bystander, and it doesn't look the same for everyone,” said Dale. “The only person to blame is that perpetrator for doing that. The woman, the mother, we don't blame; the neighbors we do not blame. Certainly everybody acted in whatever way they felt they could act, and really that perpetrator needs to be held accountable."

Besides knocking on the door or calling police, there are a few other ways you can be an active bystander.

Before anything happens, develop a relationship with your neighbors.

If you have concerns about their well-being, express your concerns.

But be willing to listen and offer support without judgment.

Finally, do not physically intervene – let police handle that.