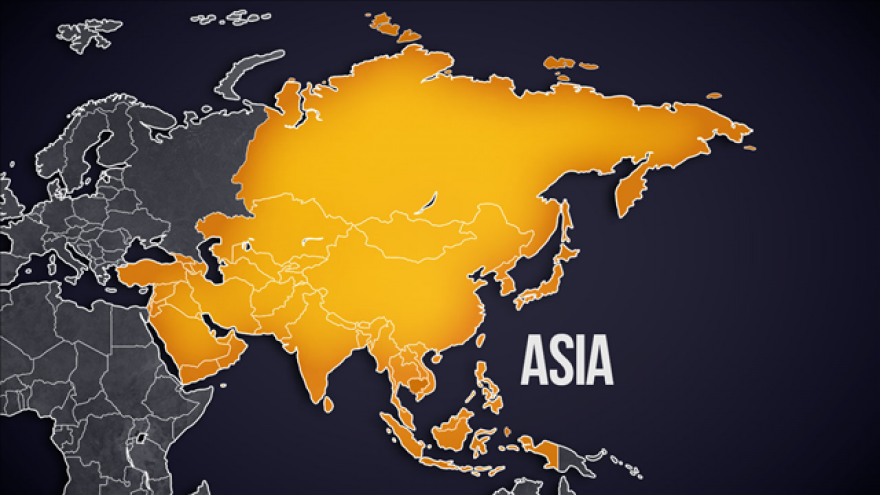 In less than 24 hours, Trump distanced himself from the incendiary tone he struck on China and Japan while running for office.

Acting more as a statesman than a populist insurgent candidate, Trump implied he will operate within the conventional US foreign policy framework towards Asia and soothed global fears that he intends a wholesale rejection of the international system.

Trump reaffirmed the two central planks of US Asia policy that have prevailed for decades during a phone call with Chinese President Xi Jinping late Thursday and in welcoming Japanese Prime Minister Shinzo Abe to Washington Friday.

He pledged to Xi that he would respect the "One China" policy under which the US doesn't grant diplomatic recognition to Taiwan -- which is regarded by Beijing as a renegade province -- despite earlier warning that he might use the issue as leverage in trade talks.

Hours after the call with Xi, Trump wrapped Abe in a hug and shook his hand for a full 19 seconds in the Oval Office. He renewed US security guarantees to Japan and stressed the importance of stationing American troops in the East Asian country, despite saying during his campaign that Tokyo should pay more for US protection and perhaps get its own nuclear weapons.

"It is important that both Japan and the United States continue to invest very heavily in the alliance to build up our defense and our defensive capabilities," Trump said alongside Abe at a White House news conference Friday. "I also want to take this opportunity, Mr. Prime Minister, to thank you and the people of Japan for hosting our armed forces."

It was a startling turn of events that suggested even a president as unconventional as Trump is prone to sharp turns once he sheds the cloak of presidential candidate for the mantle of commander in chief.

And while he has frequently billed himself as a master dealmaker, it did not appear that the President extracted any concessions from either Japan or China to earn his change in position -- other than traditional vows to foster cooperation and stability to defuse South China Sea tensions and mitigate the threat from North Korea's nuclear program.

Trump's move may also reassure other allies who viewed Trump's election with alarm following signs he was looking to disrupt the national security architecture that has kept the peace for 70-plus years just as he shook up American politics.

"Striking" is how Matt Goodman, a senior advisor for Asian economics at the Center for Strategic and International Studies, described Trump's rhetorical shift on Japan and China.

He attributed the "much softer and more constructive" tone to the possibility that "the adults around him are starting to normalize some of these policies," pointing to Cabinet members including Secretary of State Rex Tillerson and Defense Secretary James Mattis.

These advisors might be "starting to say that we need to handle all of this in a more traditional way" and "tack back" to established positions.

Trump's new-found respect for diplomatic norms might also be a tactical move with respect to China, Goodman suggested.

Given the sudden warmth in the US-Japan friendship, "perhaps he doesn't want to seem overly antagonistic to China," Goodman said.

The White House might want to ratchet down tensions with Beijing -- particularly because it may soon crank them back up.

The President's shift on China represents a complete tonal about-face.

In his campaign, Trump accused Beijing of raping the US industrial base and vowed to brand the Asian giant as a currency manipulator on Day One of his administration -- a step he has yet to take.

During his transition, Trump sparked uproar and sharp pushback in the Chinese official media by becoming the first known President-elect to take a call from a Taiwanese president, when he spoke to Tsai Ing-wen.\\

Then he told The Wall Street Journal that he might use the status of Taiwan -- an existential issue for China's Communist leaders -- as a bargaining chip in trade talks with Beijing.

At the time, some of Trump's defenders argued that the apparent rejection of the "One China" bedrock policy was evidence of his shrewd "Art of the Deal" negotiating style that could drive a new bargain for the US with China.

Under the "One China" policy, nations that have diplomatic relations with Beijing agree not to grant diplomatic recognition to Taiwan. US law, however, requires the President to provide the island with the means to defend itself under the Taiwan Relations Act, which also governs cultural and non-official relations between the two government.

But administration officials could point to no new concessions from Beijing on Friday that accompanied the President's shift in position.

In fact, ever since the start of the administration, the US National Security Council has been making behind the scenes moves to improve contacts with Beijing.

Earlier this week, Trump sent Xi a letter congratulating him on Lunar New Year. And a video of Trump's granddaughter reciting Chinese poetry in Mandarin went viral in China, an event that was seen as an icebreaker amid rumors in the Washington foreign policy establishment that Xi was not willing to get on the phone with Trump without an assurance he would respect the "One China" paradigm.

But come Thursday, Trump was ready to do so and to say so publicly.

"President Trump agreed, at the request of President Xi, to honor our 'One China' policy," a White House readout of the call said.

The transformation in Trump's position on China was mirrored by a similar shift on Japan, previewed by Mattis during a tour of the region last week.

The President renewed US security guarantees to its Northeast Asian ally, including those that cover an island chain that is administered by Japan, which calls it the Senkakus, and claimed by China, which uses the name Diaoyu.

Washington and Tokyo said that they would both invest in defense, but Japanese Foreign Ministry spokesman Norio Maruyama said that the issue of Japan paying the US more for its security shield and basing American troops on its soil did not come up.

"There was not mention about cost sharing at this stage," said Maruyama. "We consider this an issue that belongs to the past."

A senior administration official did not dispute the difference between Trump's campaign trail and presidential positions.

But the official rejected the notion that the new administration was simply adopting strategies pursued by previous White Houses -- especially those in the "pivot to Asia" strategy of President Barack Obama. The aide noted that Trump had already pulled the United States out of the Trans-Pacific Partnership -- a huge multilateral trade deal at the centerpiece of Obama's Asia rebalance that Trump believes would move American jobs to low-wage economies abroad.

"I certainly think it is pretty different from what we have seen in the last eight years," the official said, speaking on condition of anonymity.

"The President is not interested in a flawed, counterproductive trade deal that was the centerpiece of Obama policies," the official continued. "He is engaging in what any responsible new President would do in the both the Xi call and the Abe visit: expanding relationships with significant world leaders."

The administration's evolution on Asia policy does not mean it's going to be smooth sailing from here on.

Tensions are certain to bubble up between Washington and Beijing over the latter's expanding military role and projection of power around the world. China, for its part, wants the US to recommit to the Paris treaty on climate change signed under Obama.

And trade disputes are likely to batter the relations between the US and the two Northeast Asian rivals, especially since Trump made their economic practices such a large part of his political rhetoric.

But for American allies -- and even adversaries like China -- that may seem far more like business as usual from Trump than they expected during his fiery presidential campaign.