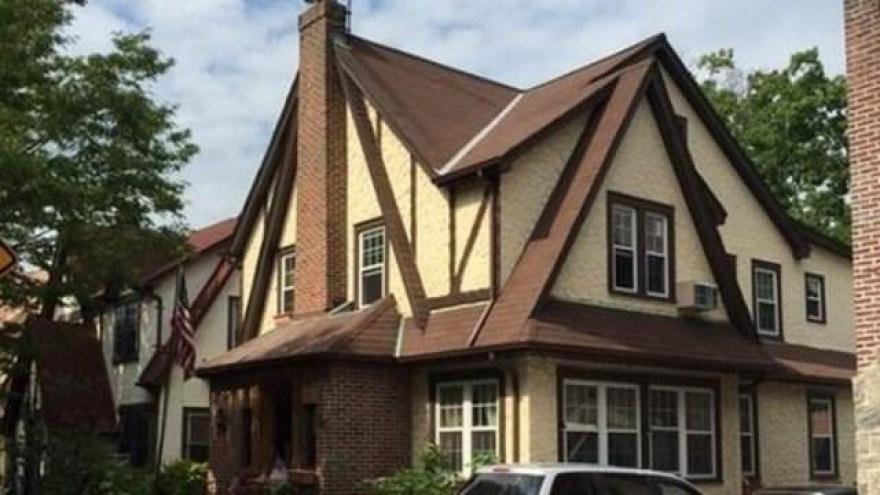 NEW YORK (CNNMoney) -- A house where Donald Trump once lived in as a child has been generating quite a bit of interest -- and value -- lately.

The New York property, which was the first home of the 45th president of the United States, was set to be auctioned off last year. It ultimately sold in December to real estate investor Michael Davis, who purchased the 2,500-square-foot home for $1,390,500. Davis flipped the property to an unnamed bidder on March 23 for $2.14 million -- a nearly 54% profit.

"This property is so much more than just real estate," said Misha Haghani, founder of Paramount Realty USA, in a press release Monday announcing the deal. "That intangible value makes it a perfect example of why special properties are appropriately sold by auction, just like art is."

The Tudor-style home is located in Jamaica Estates, a wealthy neighborhood in Queens, and has five bedrooms, four and a half bathrooms and a two-car garage.

The home is listed as Trump's address on his birth certificate, and the family lived there until he was around four years old, according to Haghani.

The home had been on the market last summer for as much as $1.65 million.

After failing to sell, the home was scheduled to hit the auction block on October 19, with an opening bid of $849,000.

At the last minute, the then-owners delayed the auction. The move seemed to have worked in their favor: Davis came in with the nearly $1.4 million offer.

Davis put the home back on the auction block during the week of the presidential inauguration in January.

While the home is a bit more modest than the residences Trump has lived in as an adult, he seemed nostalgic when talking about it on The Tonight Show Starring Jimmy Fallon in September.

"That is where I was born," Trump said when Fallon held up an image of the home. "I had a really good childhood; oh that's sad to look at that, I want to buy it."