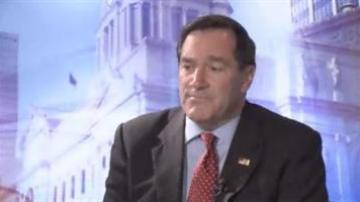 INDIANAPOLIS -- Democratic challenger Joe Donnelly said he was offended by his opponent's comments during the debate.

During a news conference on Wednesday, Donnelly said the comments were insulting.

"I thought it was insulting to women, to rape victims, and to their families," said Donnelly. "I don't think his words were twisted. He said what he said and he said it on live television."