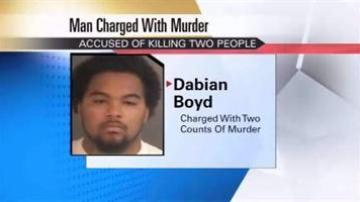 SOUTH BEND, Ind. -- The man convicted of killing two men in May of 2012 has been sentenced to 120 years in prison.

Dabian Boyd was convicted of two counts of murder in the deaths of Kalyn Farmer and Mercedes Newbill on May 6, 2012.

A woman transported Farmer to the hospital where he later died.

Newbill’s body was found in a car parked in the area of 1100 Napier Street.

He was sentenced to 60 years on each count for a total of 120 years in the Indiana Department of Corrections.