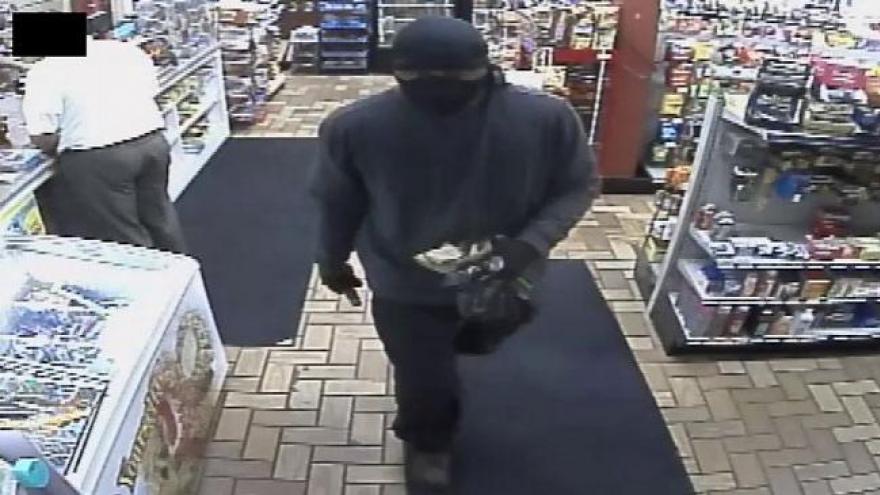 Dowagiac Police have released surveillance photos of a suspect in the armed robbery of the Marathon gas station on Spruce Street.

The robbery happened at 10:41 p.m. Monday, August 29 while there was a customer and clerk in the store.

The witnesses told police a man entered the store, displayed a gun and demanded money from the cash register.

He then left the store with an undisclosed amount of cash as well as the wallet of the customer.

The K-9 unit from the Cass County Sheriff’s Department attempted to track the suspect, but the suspect was not located.

The suspect is described as a black male approximately 6’1” tall, 200 lbs, unknown age.

The suspect was wearing a long sleeved gray shirt, black jeans with some type of design/logo on the right rear pocket, and gray shoes.

The suspect was wearing black material over part of his face, a cap and black gloves.