Down to wire in presidential race 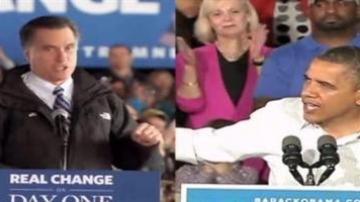 President  Obama and Governor Mitt Romney are making their final campaign stops count as the election winds down.

President Obama spent his time in New Hampshire telling voters they have a choice to make.

"Between a return to the top-down policies that crashed our economy, and an economy that's built from the middle out and the bottom up and creates a strong, growing middle class," President Obama said.

Romney spent his time in Iowa and Ohio.

"He promised to do so very much, but frankly he fell so very short," Romney said at a stop in Ohio. "He promised to be a post-partisan president, but he's been most partisan, he's been divisive, blaming, attacking, dividing."

Over the next 48 hours, candidates will spend their time in front of very large crowds making their final points before the big election.