Have you ever noticed a difference in temperature when you go from your neighborhood to a downtown area? This isn't something you're imagining. Urban areas can sometimes have temperatures up to 15 degrees warmer than nearby rural spots.

In the summertime, this is known as urban heat island effect. Cities are filled with more pavement and buildings, while rural areas have more greenery. The difference in albedo leads to a difference in temperature. 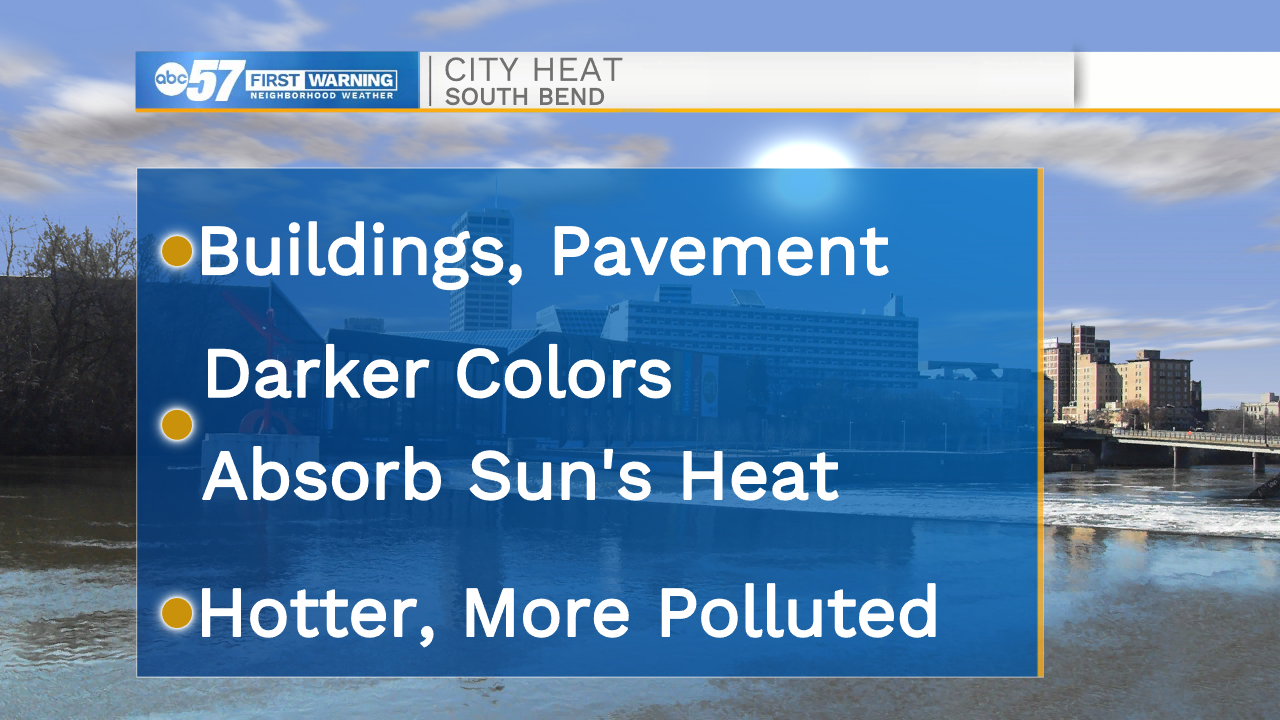 Hold on, what's albedo? It's a fancy word for measuring whether an object reflects sunlight or absorbs sunlight. Think about when you wear a black tee shirt in the summer. You absorb a lot of the sunlight and feel warmer. Compare this to a white tee shirt, where you reflect more sunlight. White and light colored shirts leave you feeling cooler.

The same concept is in place with cities. Parking lots, sidewalks, and rooftops are typically dark colored. They absorb sun easily and mean warmer temperatures for surrounding areas. 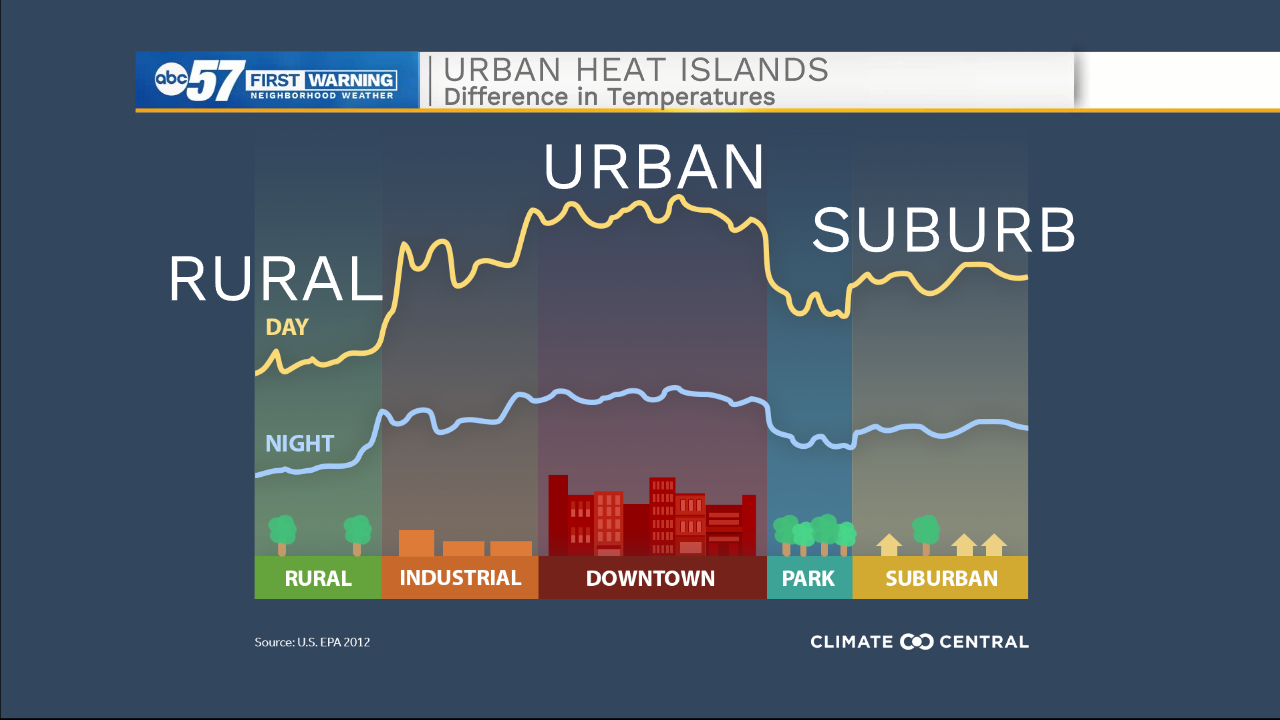 Rural areas have less pavement and more shade with more trees, which is why temperatures trend cooler here.

Suburbs are in the middle, as they have a mix of buildings and trees. 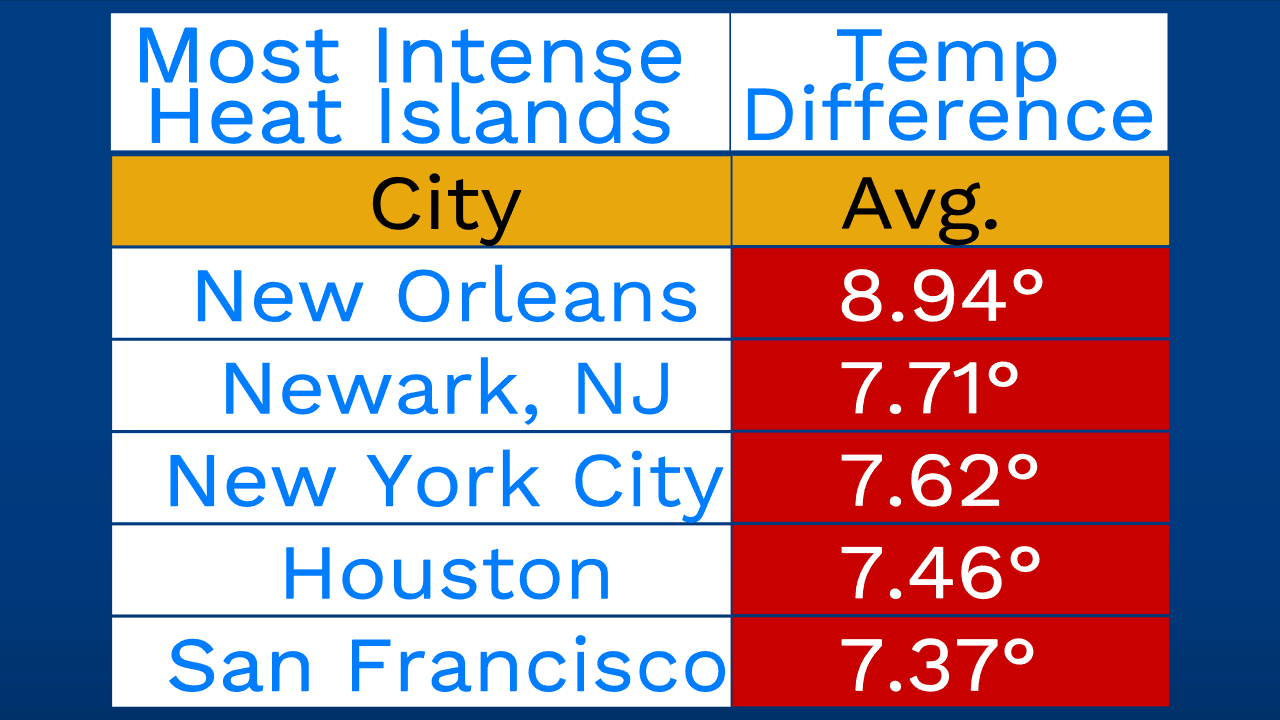 On average, the temperature in downtown New Orleans is about 9 degrees warmer than surrounding country areas. This is the average; some days the city can run 10 to 15 degrees warmer.

This is problematic, because 85% of the United States' population lives in city areas. Warmer living conditions mean we are using more power for air conditioning, and can also lead to heat illness.

The number one weather fatality in the country stems from extreme heat.

Warmer conditions can also mean more air pollution for cities, which already have pollution from humans and machinery.

In South Bend, the heat island effect isn't as apparent as in the cities above, but it is still a problem. On average, the downtown area is about 6 degrees warmer than nearby country areas. 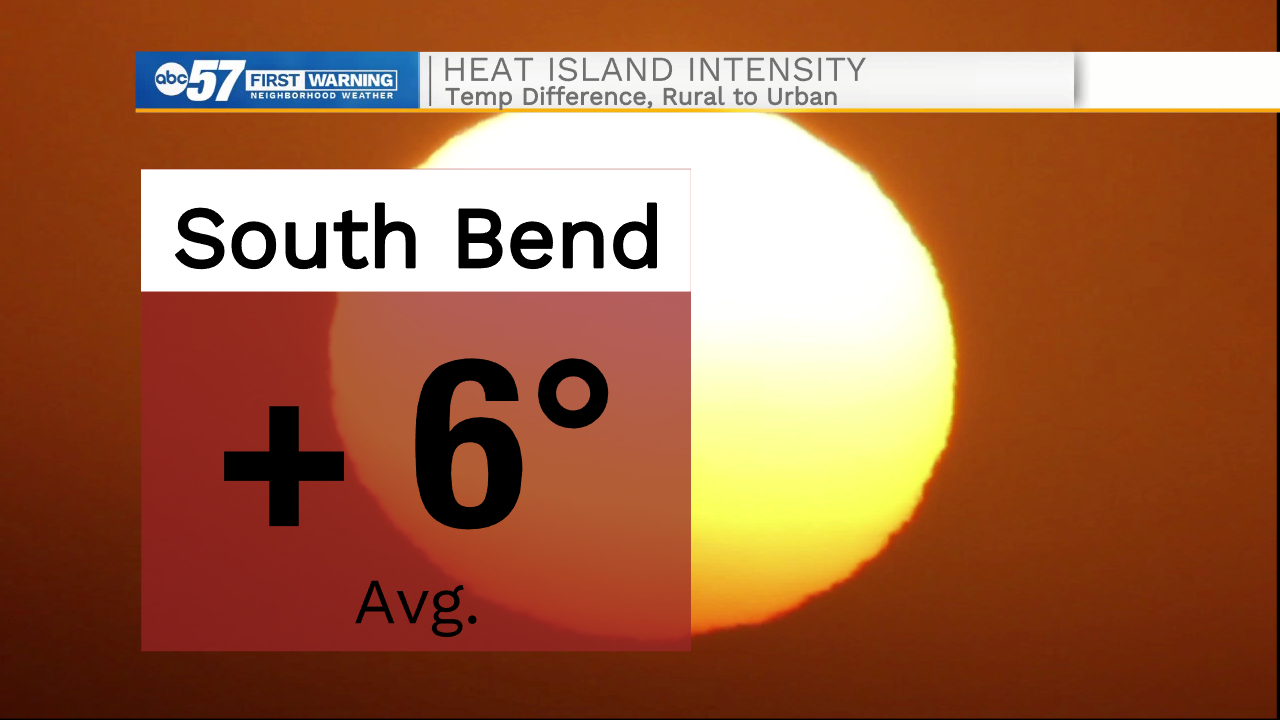 There are some solutions for limiting the heat island effect. Maybe the most obvious solution is to plant more trees, especially near parking lots or other paved areas.

Adding garden rooftops can also be helpful to limit buildings absorbing sunlight. For future buildings, choosing a material for the roof that is reflective can also lead to cooler temperatures. 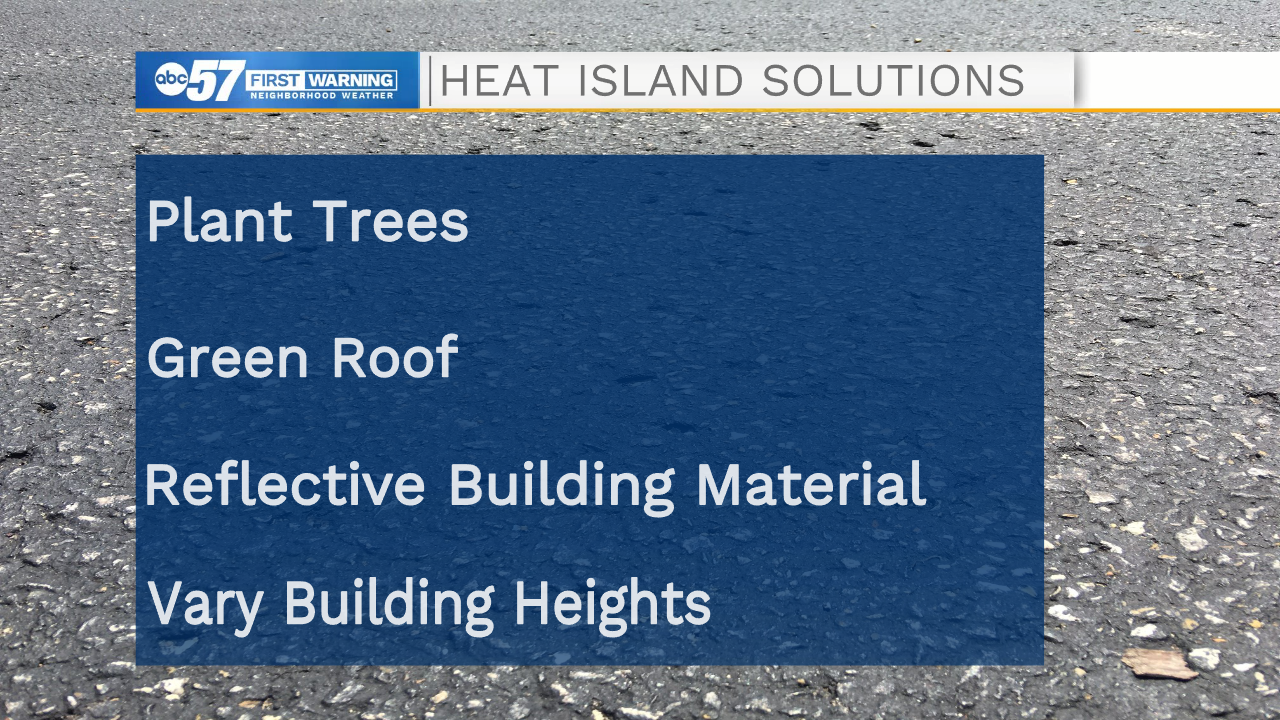 As we continue to build and grow cities, keeping a variety of building heights can assist with air circulation. This is more of a long term goal to help limit additional heat in urban areas.