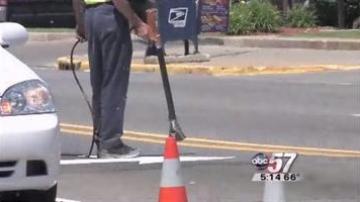 ELKHART, Ind. -- In just a few days, Main Street in Elkhart will lose two lanes but gain some parking spaces.

The change was first announced at the end of March. According to Mayor Dick Moore, it's met little controversy that is until now.

Shop owners and workers were excited about the addition of more than 100 parking spaces, but now they're concerned with traffic flow and safety.

"People aren't really too enthused about having to back into traffic and having people wait for them,” said Doni Funkhouser.

Moore says slower traffic will keep people downtown longer so they can visit the shops, parks and arts.