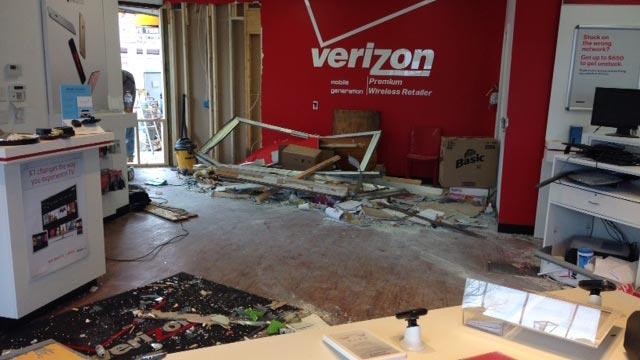 A driver was arrested Thursday night after his vehicle allegedly crashed into two businesses in La Porte.

A La Porte Police officer investigating a hit and run accident stopped a 1998 Honda Accord driven by 39-year-old Tony Gillisse in the parking lot of the Kabelin Ace Hardware store on Andrew Avenue around 11:15 p.m.

The officer stopped the vehicle because it had front end damage and shattered glass fragments all over it, reports said.

At the same time, La Porte Police received an alarm at Verizon Wireless on Lincolnway.

At the Verizon store, officers discovered extensive damage to the front and interior of the store and the adjoining business, Fast Eddy's.

Police say evidence at the scene matched up with Gillisse's vehicle, but he said he didn't remember the accident.

The son of the owner of Fast Eddy's said they plan to reopen on Saturday.

Verizon says the store will be closed for a week or two. It suffered the most damage in the crash.