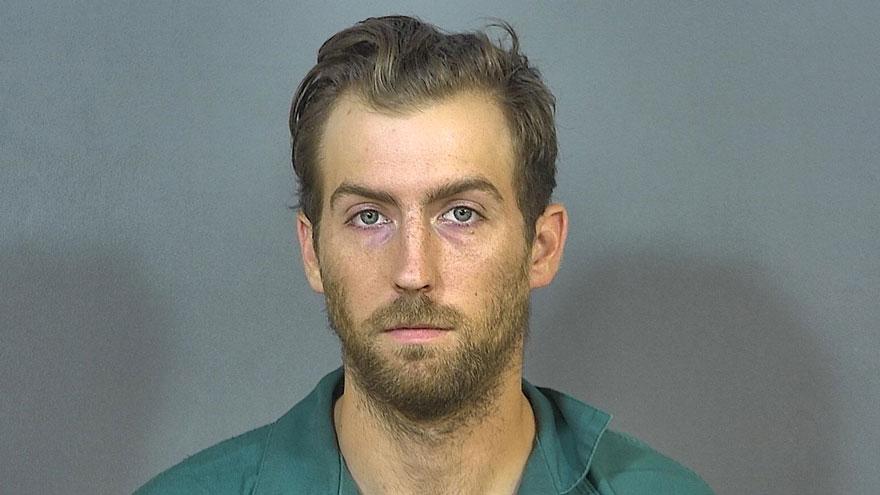 SOUTH BEND, Ind. -- The driver who allegedly struck and killed a pedestrian on Michigan Street, then fled the scene, has been charged in connection with the crash, according to court documents.

Dylan McDaniel, 26, has been charged with leaving the scene of an accident resulting in death, a level 5 felony, and possession of a controlled substance.

Around 813 p.m. on August 31, South Bend Police were dispatched to Michigan and Bowman streets for a fatal crash involving a pedestrian and a car that fled the scene.

One of the officers recognized the mirror as belonging to a Buick and one witness told police they believed the vehicle was a Buick LaCrosse.

The following day, Dylan McDaniel contacted police saying he believed he may have struck something the night before but didn't know where.

McDaniel told police he thought he hit a dog with his 2006 Buick LaCrosse, reports said.

When McDaniel was taken to the police department, an officer located a yellow pill in his pocket, which McDaniel said was Clonazepam.

McDaniel's girlfriend told police McDaniel was upset Saturday morning because he thought he hit a dog the night before. She looked at his vehicle and realized the damage was not caused by a dog, reports said.

She and McDaniel looked on news media websites and learned police were investigating a crash in front of the McDonalds. She told McDaniel to call police.

McDaniel will be arraigned Tuesday afternoon.

The victim's name is not being released because his family has not been located and notified.