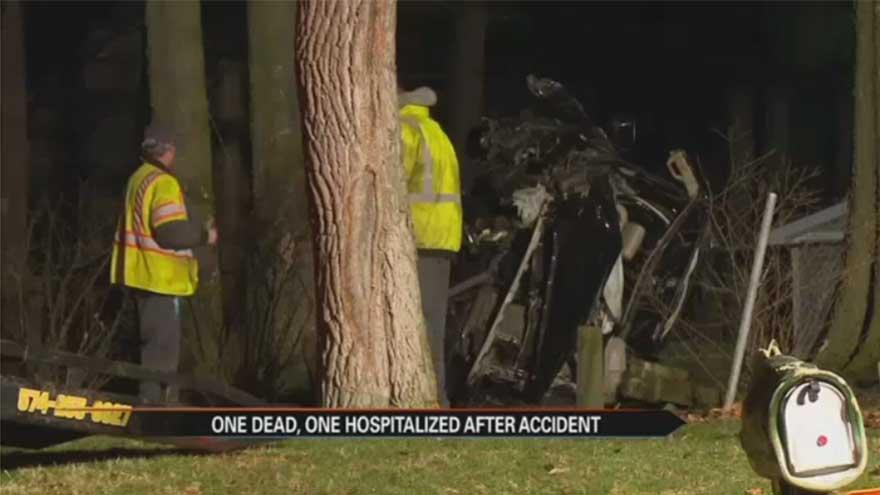 MISHAWAKA, Ind. -- The driver of a vehicle that crashed into a cemetery in March 2017 has been charged by the St. Joseph County Prosecutor's Office.

Christopher David King, 38, has been charged with causing death when operating a motor vehicle with an ACE of .15 or more.

Mishawaka Police were called to Cedar Road and Riverview Drive just before 2:30 a.m. on March 20 for a single vehicle crash.

When police arrived, they found a vehicle on its side in-between several trees. The crash damaged several headstones at the Byrkit Cemetery.

King was pinned his seat and his passenger, Heather Zurbuch, was lying on top of him, police said.

Zurbuch was pronounced dead at the scene.

King was taken to the hospital.

An officer smelled alcohol on King and obtained a search warrant for a blood draw.

The probable cause affidavit said King's BAC was .19%.

King was charged on August 21 and is scheduled to be arraigned on Tuesday.