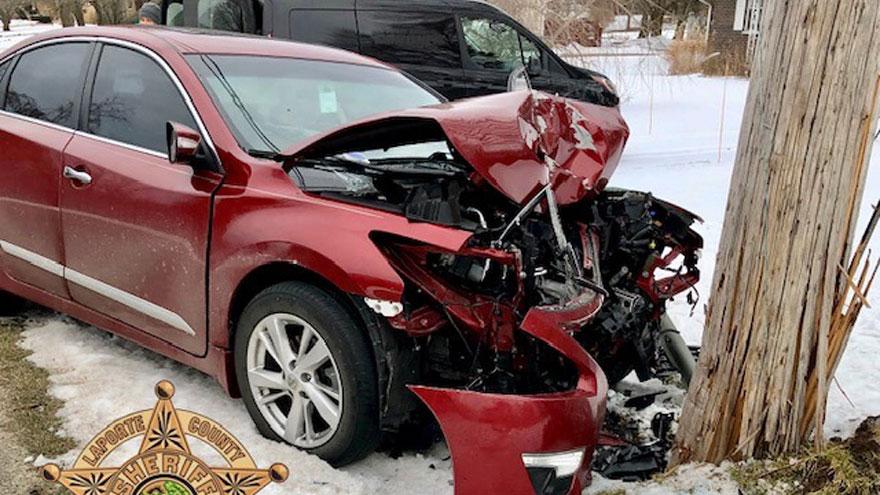 The La Porte County Sheriff's Office has released the name of driver who was killed in a crash Monday morning.

Just before 9 a.m., deputies were called to the 2100 block of Wozniak Road for a single vehicle crash.

Deputies said a 2015 Nissan traveling south on Wozniak Road went left of center, across the northbound lane, off the road and into a NIPSCO utility pole.

The driver, Michael Toth, 53, was pronounced dead at the scene.