Driver refuses to get out of car, cites Mich. law to Ind. police 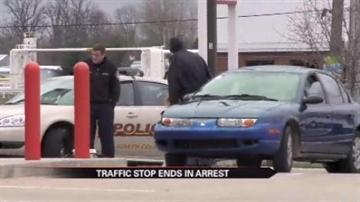 As they approached the car, police smelled marijuana.

The driver refused to get out of the car. He said he didn’t have to under Michigan state law.

But the driver was in Granger, Indiana.

Eventually the state police and St. Joseph County officers pulled the suspect out of the car.

Police say they found drugs on the driver and he was arrested at the scene.

His passengers, a woman and child, were released.