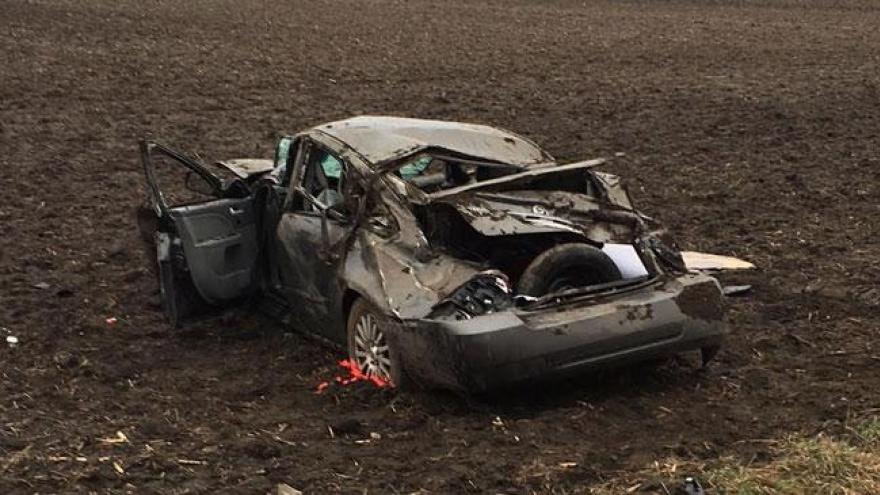 A driver was taken by helicopter to the hospital after crashing while fleeing from police, according to the Kosciusko County Sheriff's Department.

Deputies were notified Tuesday around 9:45 a.m. by Elkhart County dispatch of an officer pursuing a vehicle that was southbound on SR19. Shortly after that call, deputies were told the vehicle had crashed.

The driver had allegedly been involved in a road rage incident while traveling southbound on SR19 near SR119 in Elkhart County, according to investigators.

Nappanee Police were notified about the incident just before the vehicle entered the town limits on SR19.

Police attempted to pull over the driver, later identified as 23-year-old Joshua Alexander Wardlow, but he fled from police.

In the area of SR19 and 1350 N in Kosciusko County, Wardlow attempted to pass another vehicle and lost control of his 2005 Mercury Montego.

The Montego went off the west side of the road, hit a utility pole and rolled multiple times, according to investigators.

Wardlow was ejected from the vehicle.

Wardlow was transported by helicopter to South Bend Memorial Hospital with serious injuries.