Driver tries to avoid collision, ends up in Kankakee River 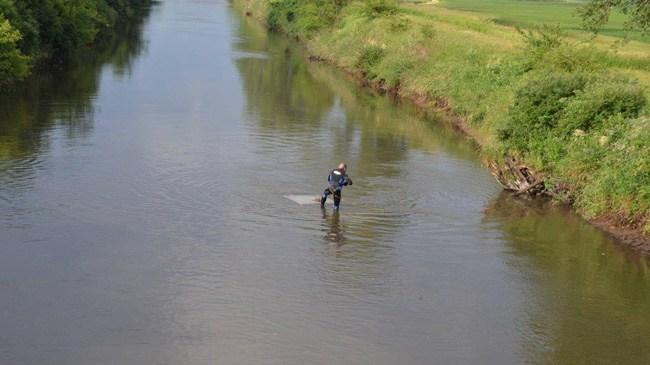 A vehicle was pulled from the Kankakee River early Wednesday morning after a driver was forced off the road to avoid a collision, according to the La Porte County Sheriff's Office.

Deputies were called to the Kankakee River at US 6, four miles west of Walkerton, at approximately 5:25 a.m. CST for a vehicle accident.

Investigators learned the driver of the gold Chevrolet Impala was driving westbound on US6 west of CR 550 E when the car was forced to leave the roadway because a vehicle traveling in the opposite direction was in the driver's lane.

The Impala traveled through a farm field before going over the embankment and into the Kankakee River, according to deputies.

The vehicle then floated approximately 50 yards before coming to a rest on the bottom of the river.

When deputies arrived, the driver was on the bank of the river and two people were on the roof of the vehicle.

Deputies assisted one of the two passengers to shore. The other swam to shore.

Deputies said the driver and passengers were all from Michigan City and had just left after working the midnight shift at a business in Walkerton.