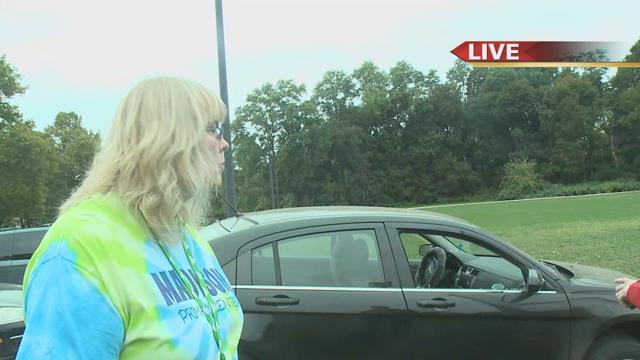 Around 8 a.m. Friday, a man crashed his car in front of the James Madison Primary Center.

Witnesses say the man turned his wheel last minute to avoid hitting any children, and hit a fence across the street.

A nearby parent broke the passenger window of the man’s car to help get him out, the principal said.

The school’s principal says the man may have had a seizure.

She says his foot was on the accelerator as she and others, were trying to pull him out.

Eventually, school nurses performed CPR on the man, before police arrived and he was taken to Memorial Hospital, according to the principal.