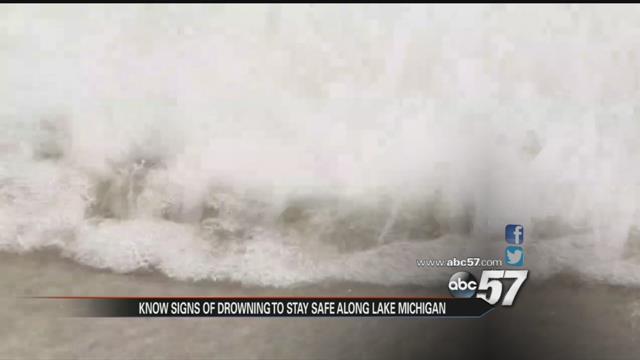 Drownings can happen within moments. According to the Great Lakes Surf Rescue Project, there have been 27 drownings to date in 2015.

However, drowning is also a preventable death and can be avoided with education.

It is a common misnomer that drowning victims will yell for help but often times that is not the case according to Dave Benjamin, Executive Director of The Great Lakes Surf Rescue Project.

“Drowning is silent and swift. If someone is drowning, they’re using all their energy just to stay at the surface of the water," Benjamin said.

He said there are important signs to look for if you think someone is drowning.

"Their face and mouth are in the water, head tilted back, they’re vertical in the water, and they’re doing a climbing ladder motion,” he said.

Lake Michigan has claimed 11 of the 27 drowning victims from the year-to-date totals. High winds and storms on the lake can create a dangerous combination: rolling waves and rip currents.

If you ever get stuck in a strong current there are three steps to know.

“If you’re ever caught in a dangerous current or water over your head and you’re drowning, we advocate that people flip, float, and follow,” Benjamin added.

Those three steps can be a life-saver in a crisis situation.

“You flip over on your back and you float. Floating keeps your head above water, floating to conserve energy, and floating to calm yourself down from the fear and panic of drowning. Then follow the safest path out of the water.”

The follow step means you could drift parallel to the shore for quite a while but that is okay as long as your head stays above water.