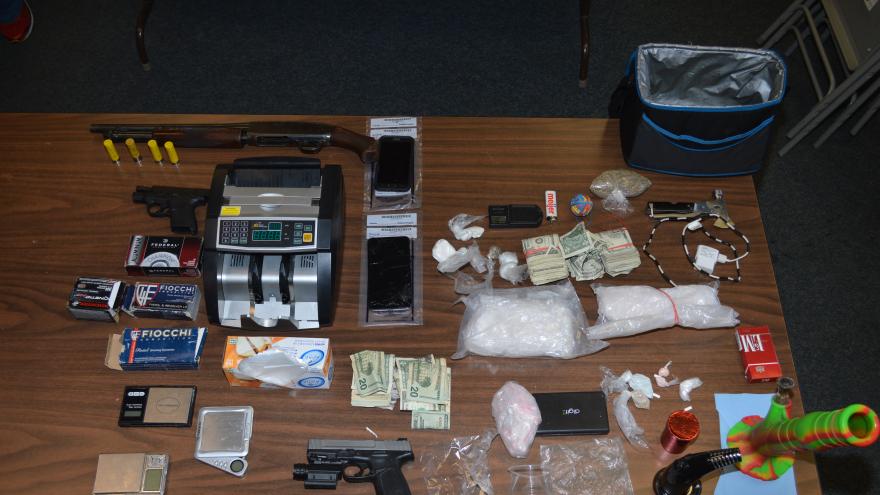 SOUTH BEND, In. - Authorities made a drug bust inside a home just west of South Bend.

Officers with the Metro SWAT team served a warrant Thursday night inside the home on Fillmore Road.

They say they believed drug trafficking was happening there.

The items include more than two pounds of crystal meth, marijuana, cocaine and heroin.

They also found two handguns, a sawed off shotgun, and $1,500 in cash

Investigators have not released the suspects' names or what charges they could face.

Federal and state investigators assisted in the bust.