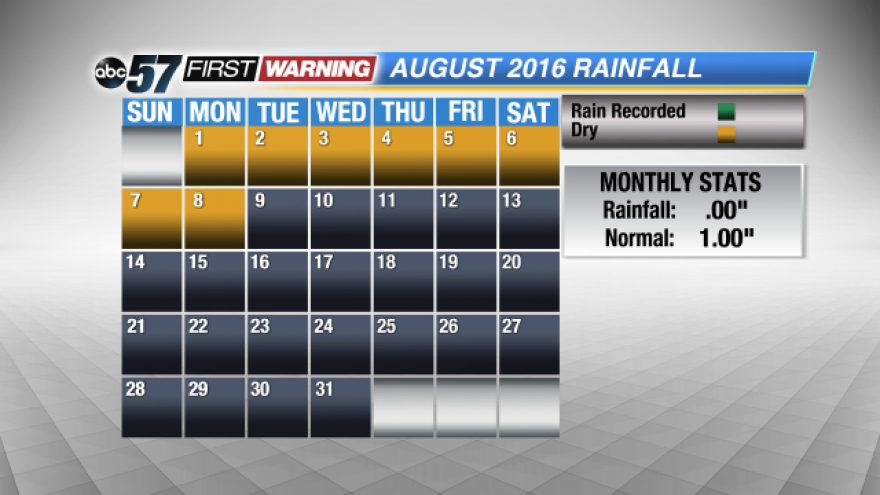 It's been a back-and-forth summer between dry and wet weather. Michiana is now starting to fall behind again as many lawns turn brown, with no rain reported so far in August. Most of the summer has been pretty dry, when it has rained it's all come all at once with heavy downpours. The rainiest period was mid June, when much needed heavy rain broke the early signs of drought. More than three inches fell in less than five days. The start of August looks fairly similar to June. The chance for rain stays low through Friday. That would be almost two weeks since our last recorded rainfall,July 30th. The humidity will rise again this week, priming the atmosphere with moisture and the possibility of heavy downpours. The chance for rain increases through Saturday, the best chance for widespread rain. If we do not see significant rainfall this weekend we could see the early signs of drought return to the region.