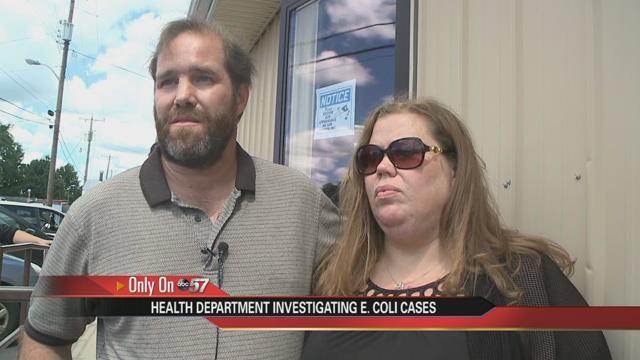 One Rochester child has died from the bacteria, and a daycare is under investigation by the Indiana State Health Department.

The health department won’t say what daycare they’re investigating, but the parents of the child who died Friday say she never went to a daycare.

Family says E. Coli was the cause.

“Originally we thought it was stomach flu. She started out with diarrhea, started throwing up. We started getting really concerned when she wasn’t holding any fluids,” Paul said.

Now the two grieving parents are worried that the disease doesn’t stop with their daughter’s death.

“It seems like every day parents are reaching out to us and we’re learning about more and more cases,” said Paul.

The health department announced it was investigating a Fulton County daycare in the area for two other cases of the bacteria.

They say these cases are probably not linked to Destiny’s.

“We can definitely say for certain that she did not attend a daycare,” Paul said.

The health department says in the case related to the daycare, one patient is currently hospitalized, and another has been released.

They say they’re investigating all cases in Fulton County.

In the meantime, the Schaeffners are praying for answers of any kind, for their daughters case and others they’ve heard about in their community.

“After seeing the impact this has had on our family, I do not wish that to happen to anybody else. If we can save or prevent any more, that’s our one wish,” Paul said.