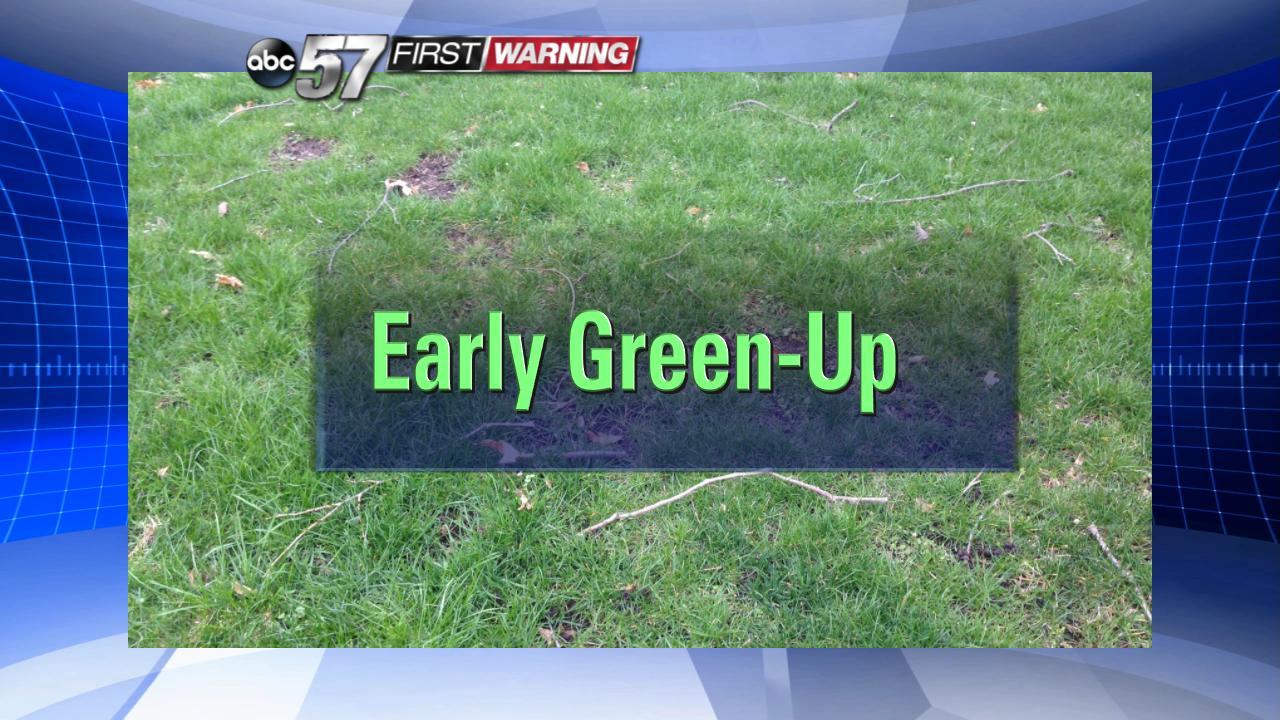 Even though March 2016 has been known for its big temperature swings, you may have noticed that Michiana is sprouting more green than last year at this time.  If you have not noticed, here is a visual comparison using satellite images from March 29, 2015 and March 29, 2016, as shown below: In comparing the two MODIS Satellite images side by side (with 2015 to the left and 2016 to the right), focus on the amount of land that is snow-covered (not to be confused with the wispy cloud cover), versus the land that is brown before regrowth, or green indicating that spring has brought warmth and rain.  For 2016, the warmth and rainfall has certainly helped in bringing the "green-up" earlier than last year. As for the early green-up, beware of planting your favorite spring flowers too early.  Frost can still occur with overnight lows at or below 32°F for a few hours.  If you hear the ABC57 First Warning Neighborhood Weather Team mention overnight lows at or below 32°, be sure to cover your newly planted spring flowers with a blanket to save them from the frost or bring them inside if possible (typically applies to potted or hanging plants).  Below is the average date we see the last frost in Michiana.  Surprisingly to some, this can extend into late April and into early May. As always, you can stay up to date with ABC57 Weather Team on the air, online, and on our mobile weather app.