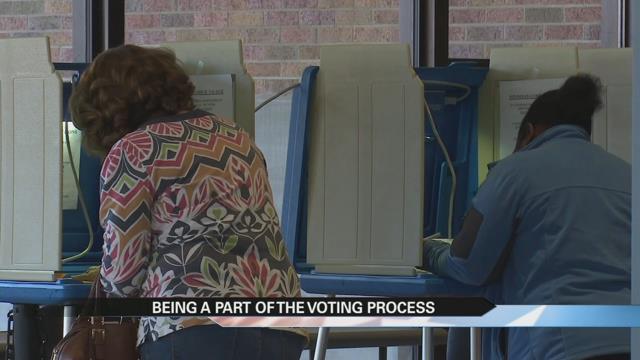 Over 25,000 people have already voted in St. Joseph County. While these numbers are high they are not all time highs.

Cindy Streich, Supervisor of Absentee Voting for St. Joseph County explains that while absentee voter numbers are up from 2012 they are not reaching record highs.

This is a little disappointing for one South Bend man who has lived here over 18 years.

“[It is] very frustrated because I cannot vote and you are given that opportunity and you are kind of throwing it away,” says Juan Constantino, of South Bend.

Constantino is a Deferred Action for Childhood Arrivals, or DACA recipient.

He was born in Mexico, grew up in South Bend and recently graduated from St. Mary’s College.

Now Constantino, works at La Casa de Amistad and although he has employment and fear of being deported has been postponed for two year he still cannot cast a vote on many issues that affect his life.

“So my voice is essentially not spoken so if I did want to vote for a candidate I don’t have that option nor do the other 11 million undocumented individuals in our county,” says Constantino.

According to Pew Research, U.S. voter turnout trails in comparison to most developed countries
Constantino says all he can do is hope others fill out a ballot before polls close at 6 P.M. on Tuesday.

“We are left in the shadows and we can’t say anything, but if you vote you are opening up door for different individuals for yourself and essentially the path way that they countries is going to take for the next four years,” says Constantino.