An earthquake occurred at 4:14 AM, Wednesday in Decatur, Tennessee. It was a magnitude 4.4 which is the second strongest earthquake to ever take place in eastern Tennessee. The majority of people within the shake radius felt light shaking, but a few spots recorded moderate to strong shaking. There were even some trembles felt as far as southern Indiana and western Tennessee. 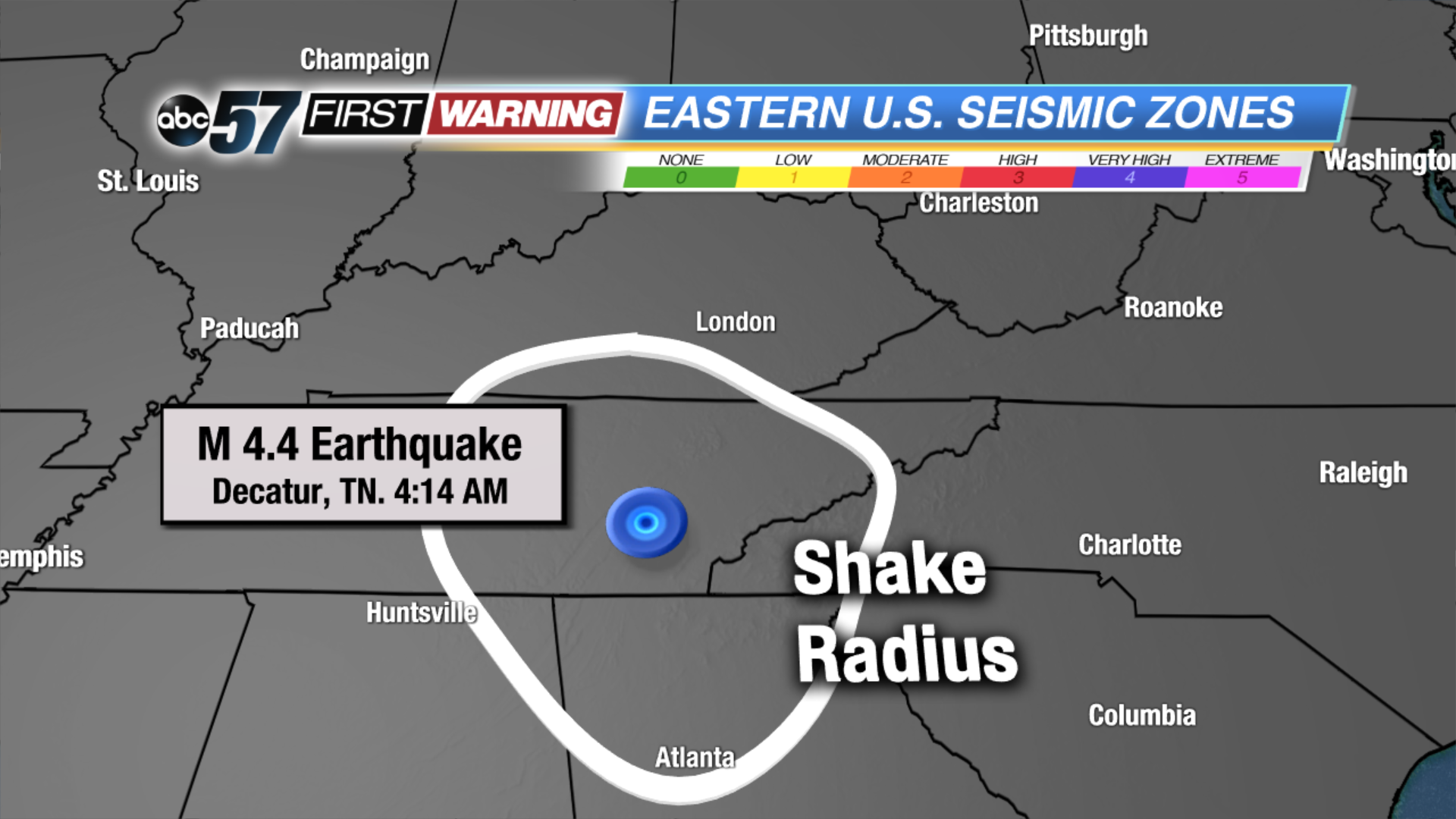 According to the USGS, most earthquakes in the eastern U.S. are felt over a larger area than earthquakes in the western U.S. A magnitude four can be felt more than sixty miles from the source. Part of the reason for this is because most western earthquakes occur at geologic faults, but over here, they usually occur at ancient faults within bedrock, miles beneath the ground.

Eastern Tennessee is not new to tremors. The colors here depict where the most earthquakes happen. They have seen a couple just earlier this week, but they are usually very weak. 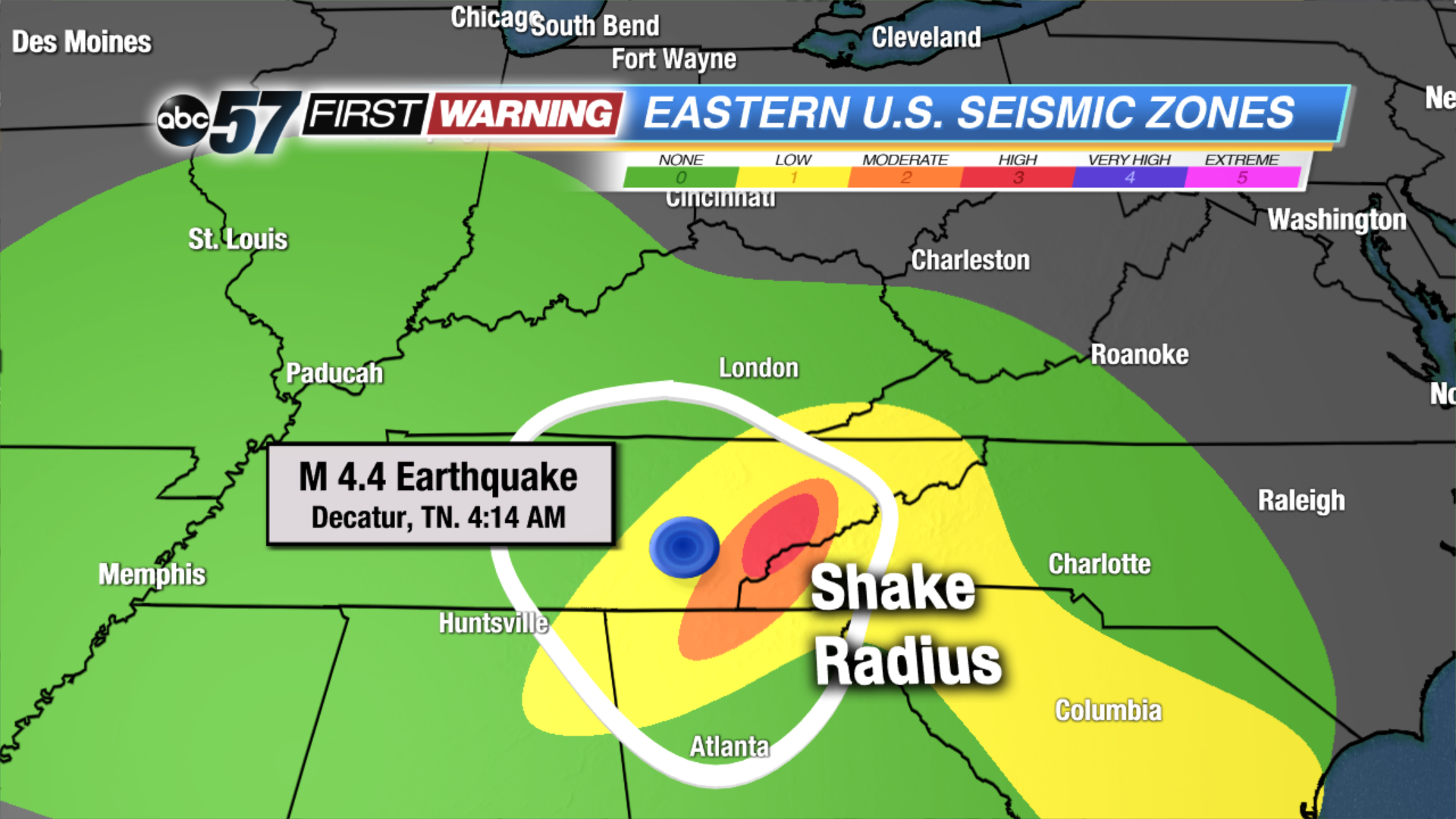 The high volume of quakes has earned a name for the area, the Eastern Tennessee Seismic Zone. It is actually the second most active area in the eastern U.S. for seismic activity. The most active zone is the New Madrid fault line which is in Missouri. The third is the Northern Appalachian Seismic Zone and the fourth is unnamed because it is so new. It is in Oklahoma, due to oil fracking. 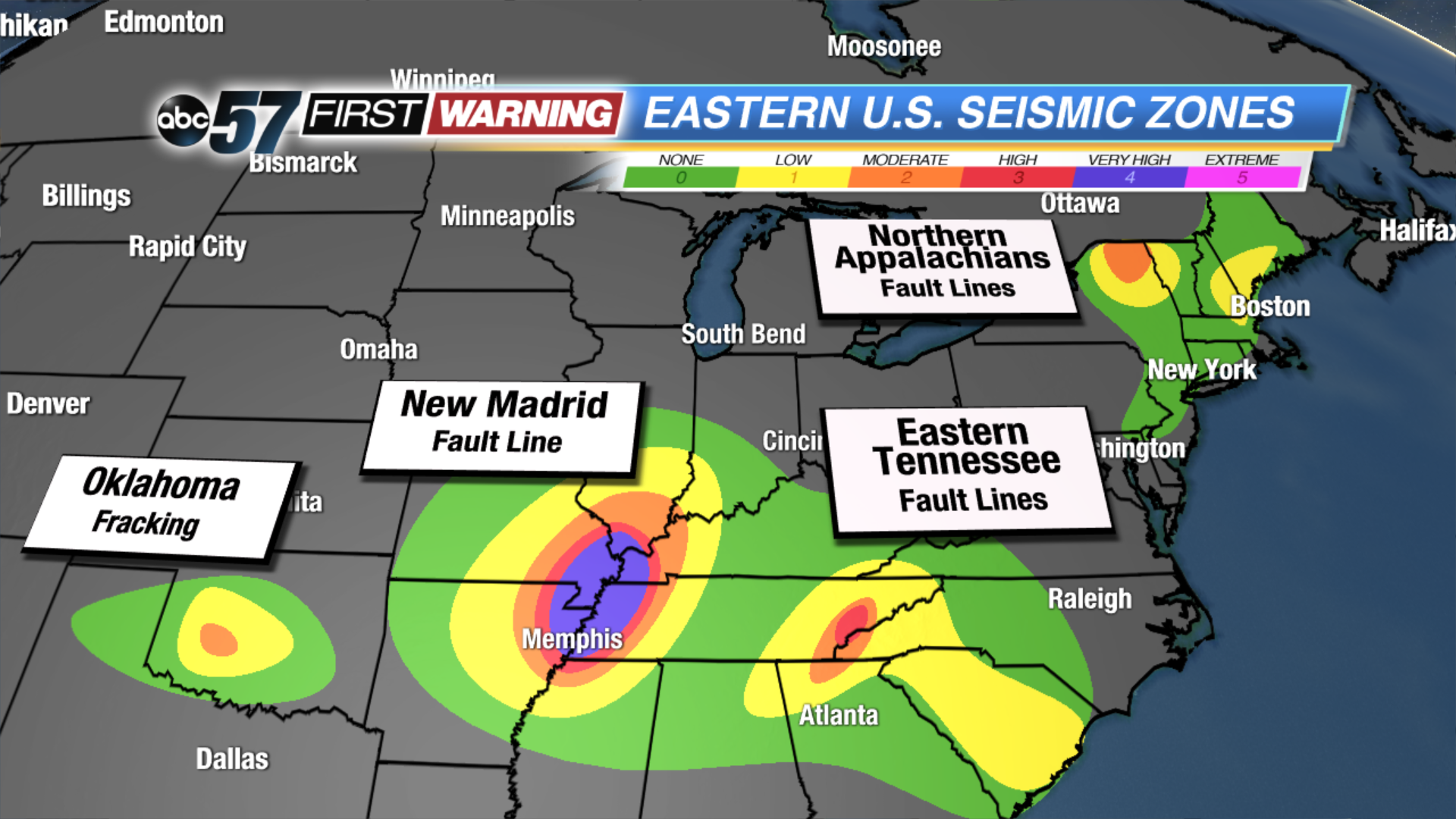 Researchers found that there may have been a magnitude six earthquake in the Eastern Tennessee Seismic Zone within the past 25,000 years. Scientists from the Seismological Society of America state that in places where there has been a large earthquake before, there can be again.

The exact source of the earthquakes in eastern Tennessee is unknown, but researchers say that the quakes could possibly be from a fault that is causing uplift of the Appalachian Mountains.