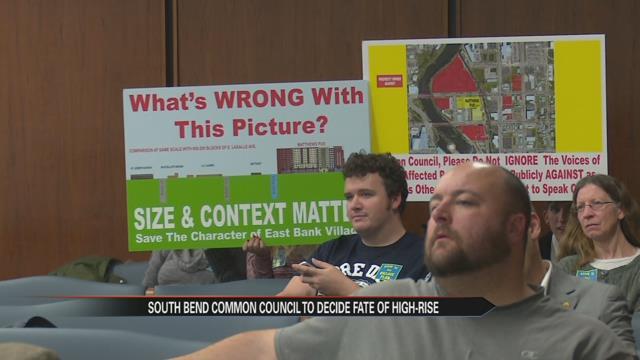 The city’s common council voted 5-4 to defeat a bill for the latest Dave Matthews, LLC project that would’ve seen a 12-story mixed-used building in the heart of the city’s East Bank neighborhood.

The council said it was a tough decision.

On one hand, the vote against this proposal maintained the integrity of the East Bank plan put in place back in 2008.

But on the other hand, almost $5 million regional city funding is now in limbo.

“There’s no point in giving up, it’s tiring, exhausting but this is the work we choose to do,” said developer Dave Matthews before the final hearing in front of the council.

His fight to add tall real estate to the Commerce Center on Colfax Street came to an end Monday.

The city went back and forth with the developer, asking him to build out instead of up.

That compromise did not come before Monday’s meeting, much to the dismay of the majority of council members.

They were also disappointed a much-needed grocery store will no longer come to the area.

This $50 million development hit its first roadblock in September when the Area Zoning Commission decided to let the full council decide on the fate of this proposal.

Matthews said he is unsure about future development for the property and for now, it appears it has reached the end of the road.