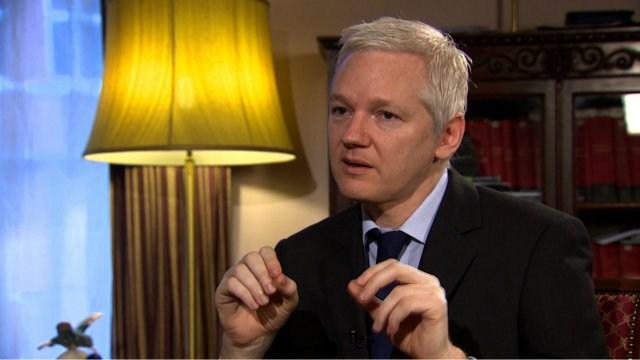 (CNN) -- Ecuador's Foreign Ministry published a statement on Tuesday saying it "exercised its right" to "temporarily restrict access to some of (WikiLeaks') private communications network within its Embassy in the United Kingdom."

The statement says the temporary restriction would not prevent WikiLeaks from "carrying out its journalistic activities.

The statement mentions the "wealth of documents" published by WikiLeaks that have impacted the US election campaign, and that the government of Ecuador "does not interfere in external electoral processes, nor does it favor any particular candidate."

The Obama administration said Friday it was "confident" that Russia was behind recent hackings of emails about upcoming US elections in an attempt to interfere with the process.

"We believe, based on the scope and sensitivity of these efforts, that only Russia's senior-most officials could have authorized these activities," the Department of Homeland Security and Office of the Director of National Intelligence said Friday in a joint statement.

"The recent disclosures of alleged hacked emails on sites like DCLeaks.com and WikiLeaks and by the Guccifer 2.0 online persona are consistent with the methods and motivations of Russian-directed efforts," the statement added. "These thefts and disclosures are intended to interfere with the US election process. Such activity is not new to Moscow -- the Russians have used similar tactics and techniques across Europe and Eurasia, for example, to influence public opinion there."

The announcement was referring to the breach of Democratic National Committee emails and the sites of other Democratic Party-linked organizations disclosed over the summer.