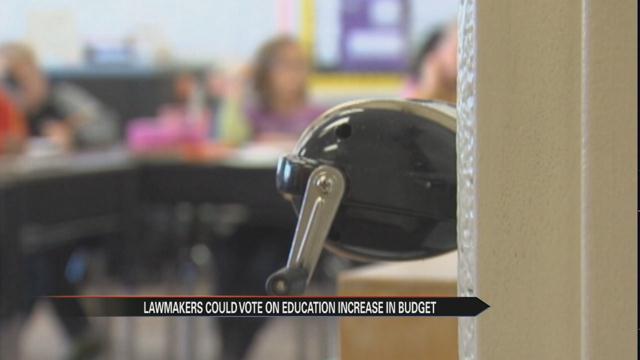 Lawmakers have proposed changes to the state of Indiana's education budget for the next two years, with a greater emphasis on kindergarten through 12th grade education.

Lawmakers say they are implementing a new funding formula.

The new budget calls for a 2.3 percent increase in funds.

That adds up to about $460 million more for K-12 schools, including the ones in St. Joseph County.

Senate appropriations chair Luke Kenley says that means an additional $500 for each student here in our Indiana coverage area, including students at charter schools.

Another new addition is added money for English language departments.

But lawmakers also made some cuts in higher education for schools like IU South Bend as a result. They don't believe tuition rates will rise because of that.

With some tough choices made, Kenley says this 2 year budget has been a particularly difficult one to put together.

“This year's budget has been a hard one to put together because everybody has assumed that we have had more money but our revenues have not come," said Kenley. "They've been a little below our forecast. And so I think our expectations are higher than our bank account.”

The final budget will be voted on Wednesday, the last day of the legislative session.