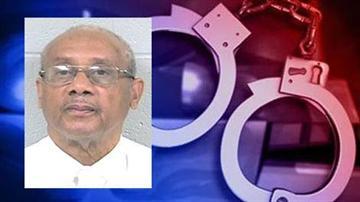 BERRIEN COUNTY, Mich. -- Reverend Edward Pinkney, 65, turned himself in and has been arraigned on election fraud charges.

A recall petition with 402 signatures was turned in and a recall election was scheduled for May 6, 2014.

An investigation by the Berrien County Sheriff's Department determined there were irregularities in the petition filing.

Pinkney is accused of changing the dates on signatures and for allowing people to sign the petition more than once, then asserting he did not allow that to occur.

Pinkney turned himself in and was arraigned Friday morning.

He will be in court again on May 2.