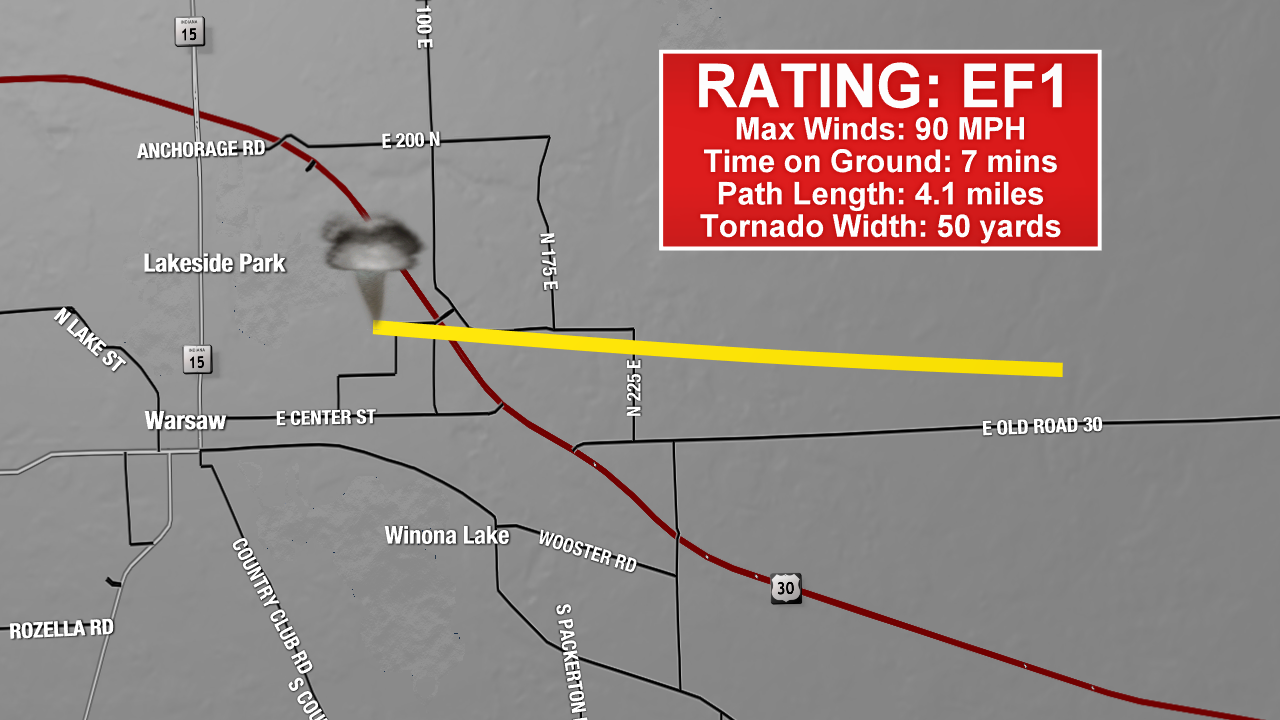 The National Weather Service in North Webster has confirmed an EF1 touched down on the east side of Warsaw during Monday evening's thunderstorms. There was no warning issued for the particular storm that produced the twister. In fact, there weren't may warnings in general throughout the evening because the storms were just below severe limits for the most part. Once the storm exited Kosciusko County, it was warned for severe winds just north of Fort Wayne. 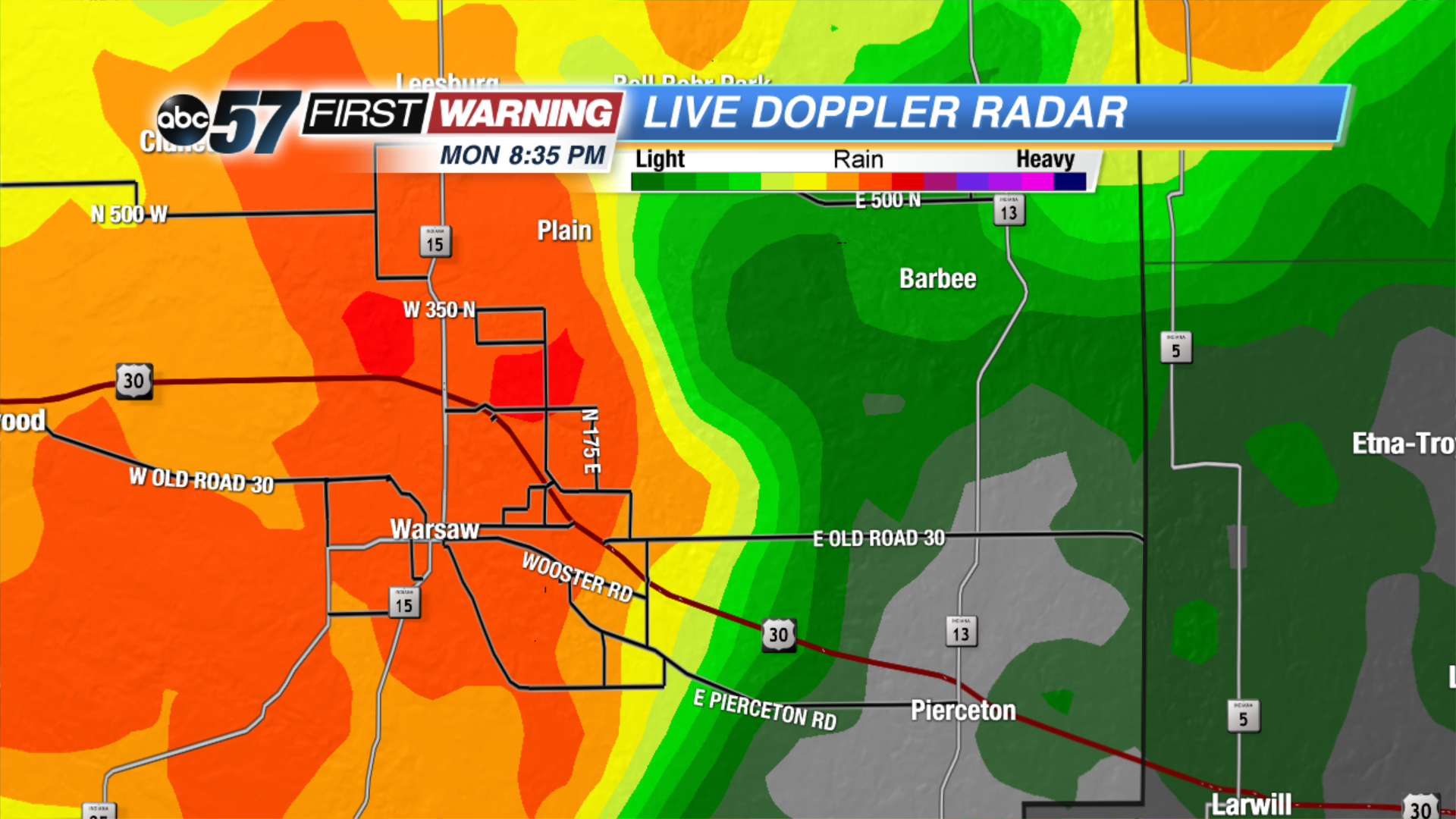 Radar image one minute after the tornado lifted
The tornado was rated an EF1 with maximum winds of 90 MPH. It was on the ground for nearly seven minutes over its 4.1-mile path and had a width of about 50 yards. It's only the second tornado to touch down in Michiana in 2018, and it's the strongest since the Niles area tornadoes that occurred in February of 2017. 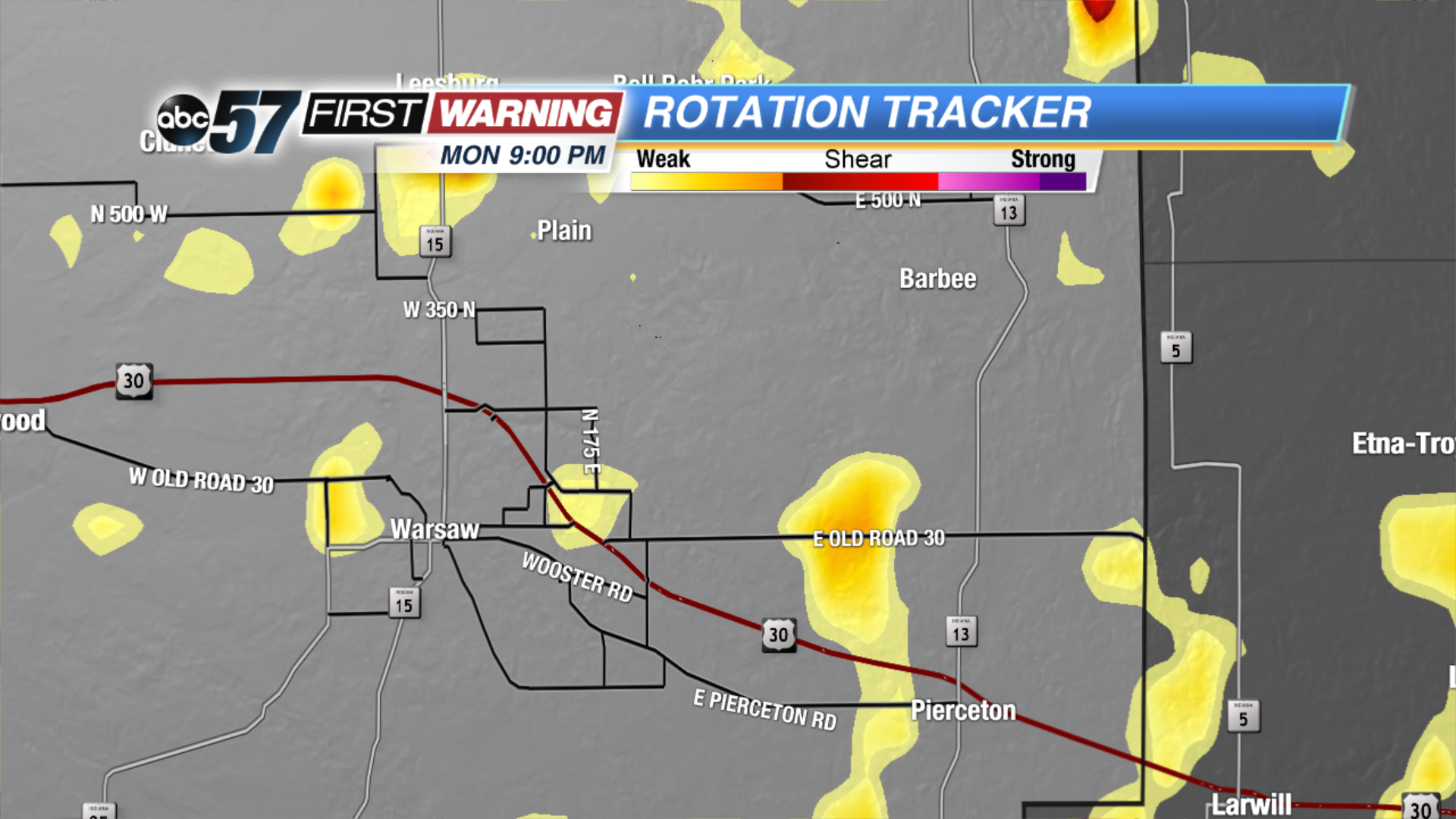 Areas of rotation were noted along portions of the tornado's path
Residents who were home during the tornado say they did not hear any sirens. A few told ABC57 News that they barely made it into their homes as the storm barreled down on the area. One gentleman described the storm as something he has never seen or heard before in his life. Most of the damage done was to trees and shrubs. One home had an awning pulled from its attachment. That same home saw a large tree limb land on two vehicles in the driveway, cracking one's windshield. There were no injuries or fatalities associated with the tornado.
Share this article: