A lack of anything for more than eight years is rarely something to celebrate.

Not having an EF5 tornado strike the United States in 2,928 days is the exception. 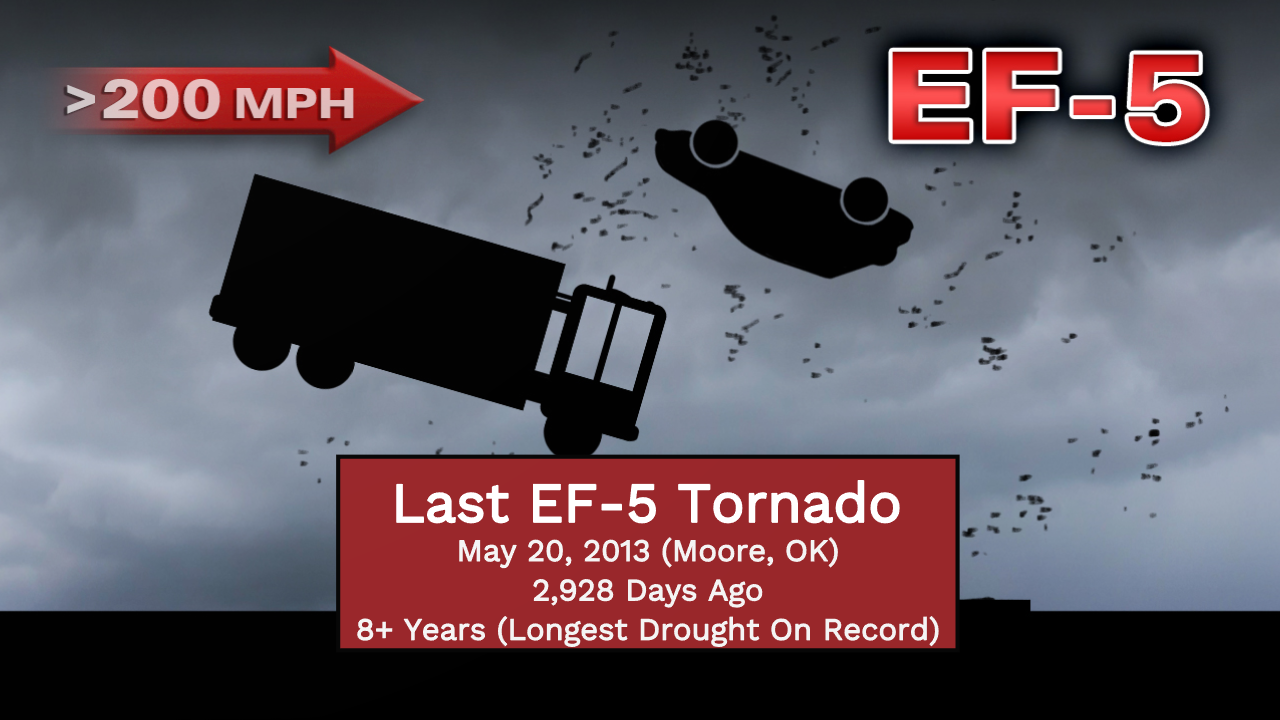 For most of traditional "Tornado Alley," it's been a fairly quiet tornado season up until this point. Most of the violent activity has been limited to the southeastern United States. 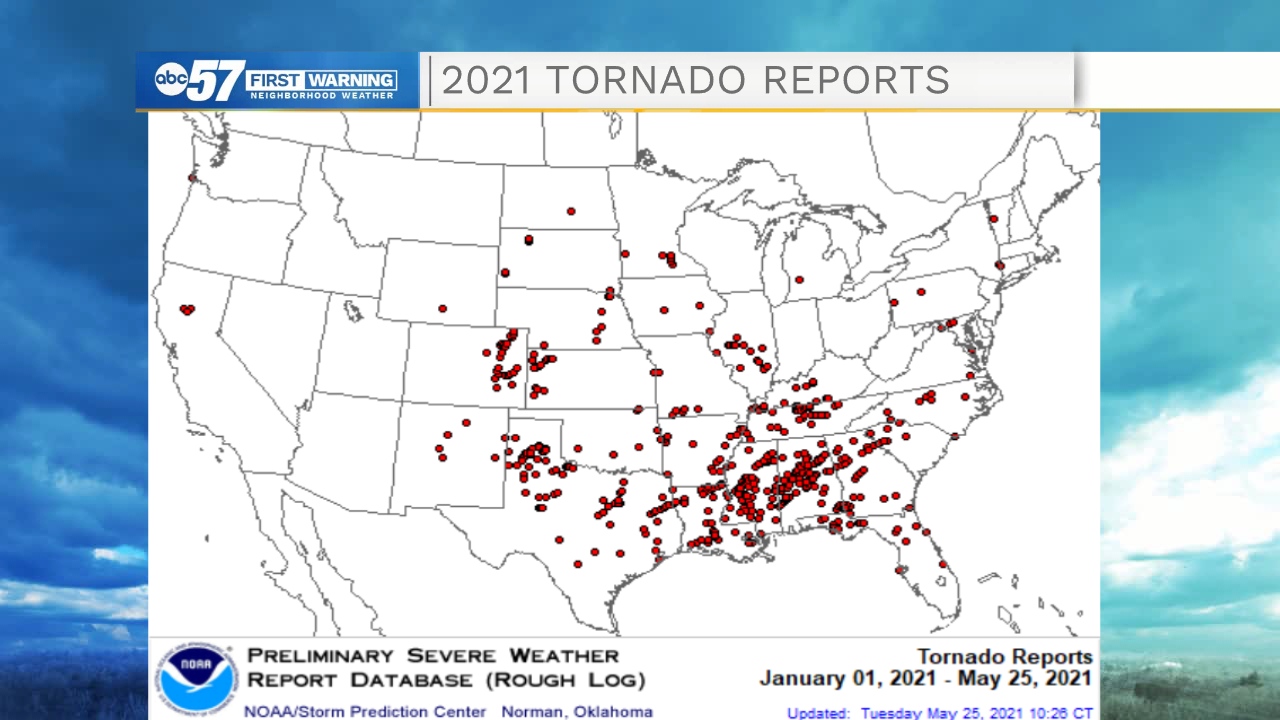 Researchers have noted a distinct shift in tornado activity over the last 40 years. While the middle of the country still has the most tornadoes, the biggest increase in activity has been across Tennessee, Mississippi, Alabama and Missouri. 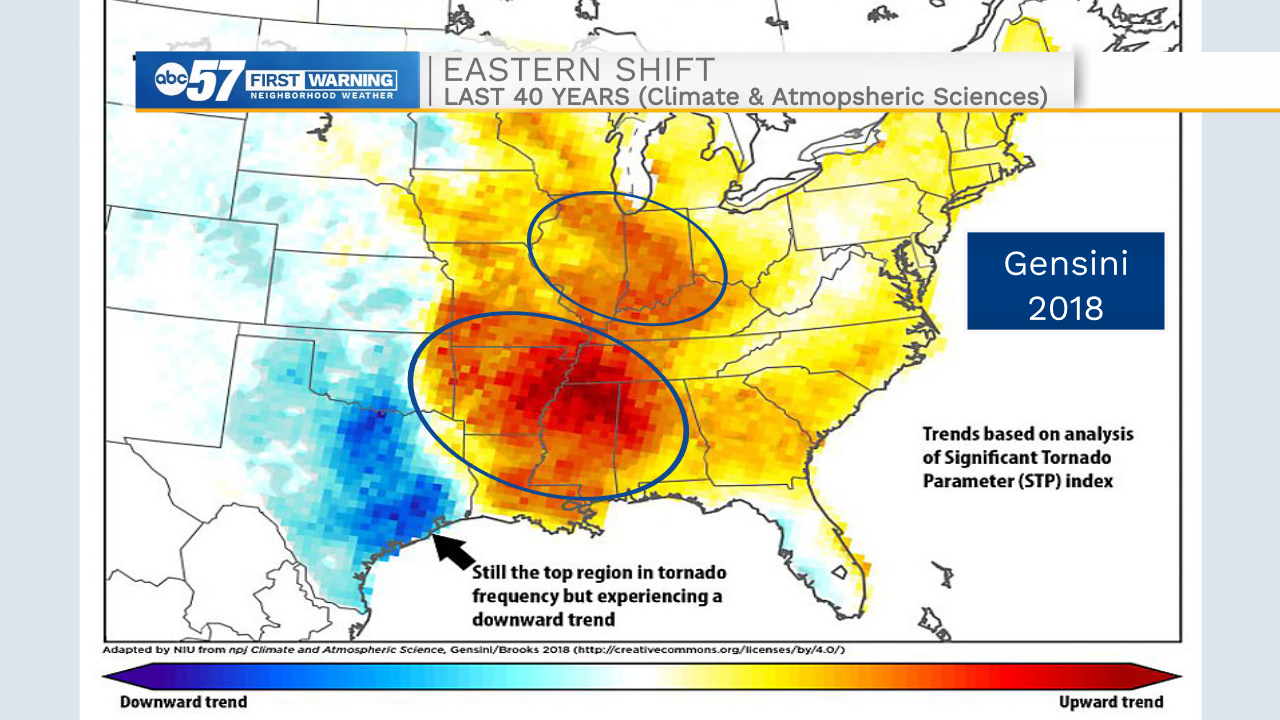 Both Indiana and Michigan have four F5 tornadoes in their history. It's been (thankfully) a long time since Michiana has had any violent tornadoes (EF4/5) roll through.

Surprisingly, the Palm Sunday Outbreak of 1965 did not officially produce any F5 tornadoes in Michiana. However, many argue that the Dunlap tornado and the tornado that spanned St. Joseph, Elkhart and LaGrange counties should be rated F5. 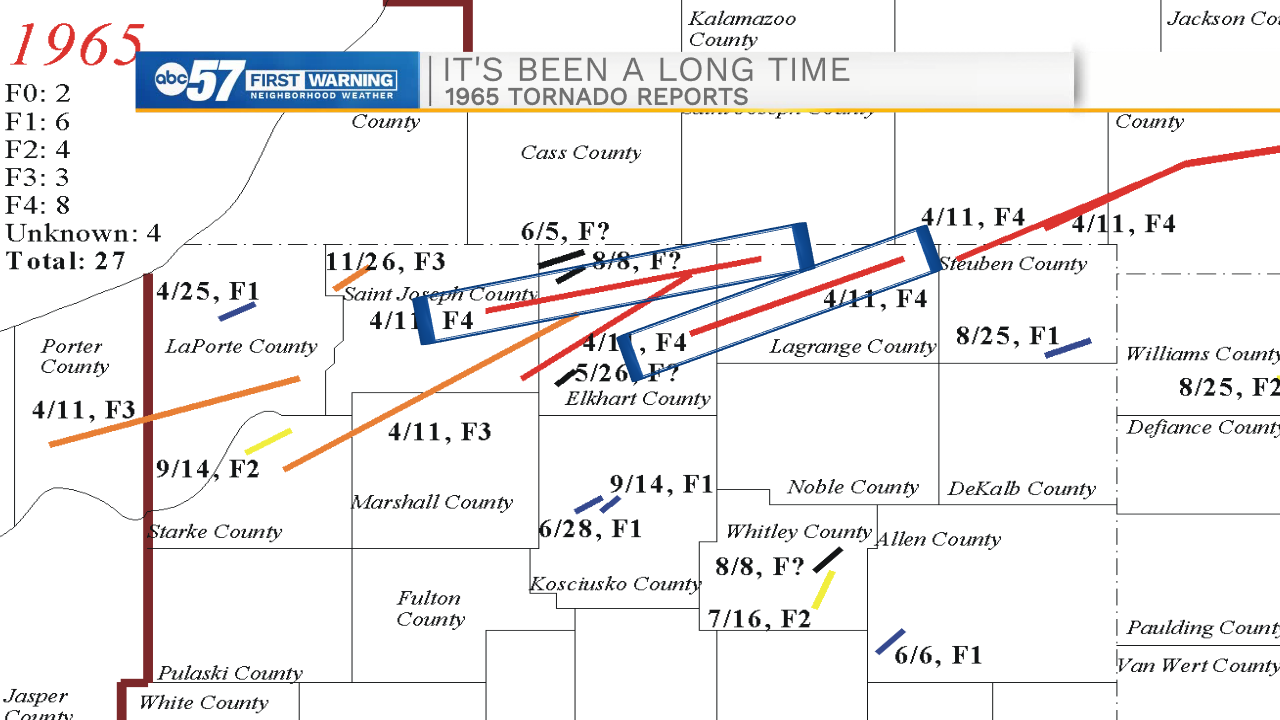