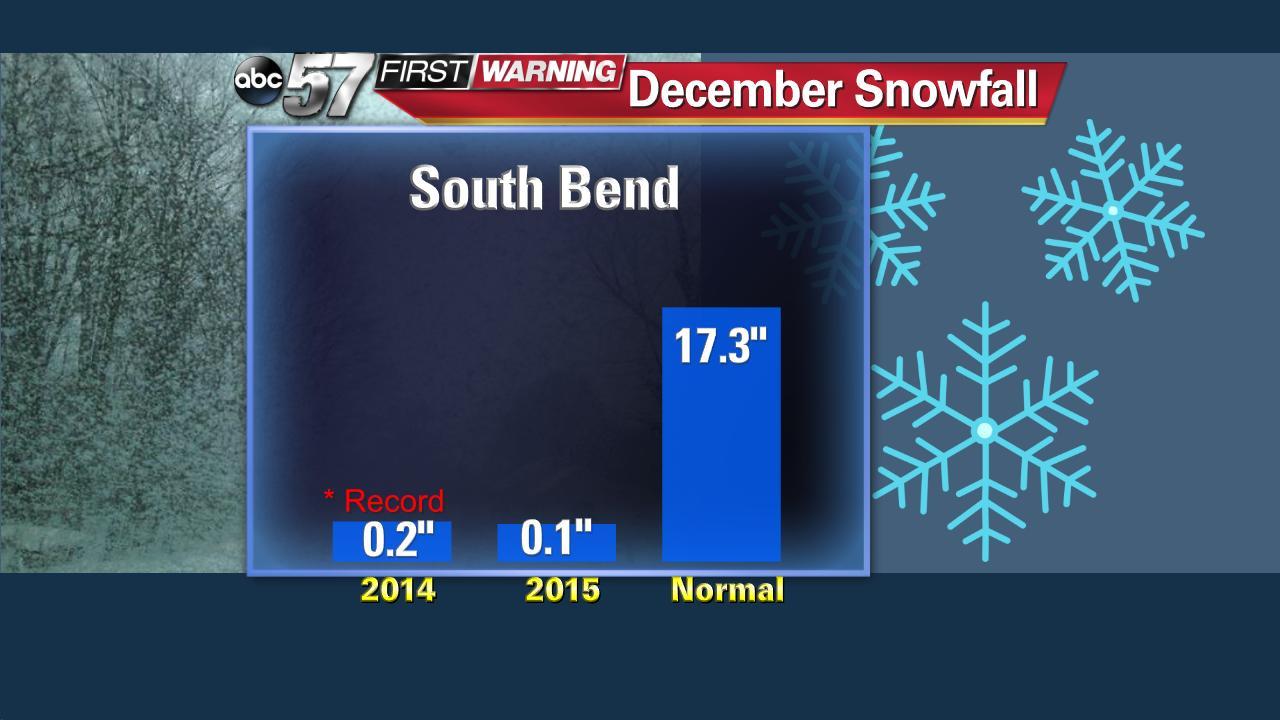 December 2014 went down in the record books as the least snowiest December on record, producing just 0.2 inches of snow.  Yesterday, December 2nd, the second day of the month, we officially saw 0.1 inches of snow, already measuring half of the amount of snow we saw last year for the entire month.  This amount was just enough to accumulate on grassy surfaces and on car windshields (Fig.1).   To put that into perspective, typically, the month of December sees at least 17 inches of snow (Fig. 2).  With more factors coming together to show that El Nino is a strong driver of affecting our weather around Michiana this winter, it’s time to look back at the years that were considered strong and very strong El Nino’s.

There are only 11 years that range from moderate to very strong El Nino years (Fig. 3).  From that data set, six of those years were moderate, three of those years were strong, and just two years were very strong.  Even though the majority of those eleven years saw December snowfall in the South Bend area to be below average, it’s still not a strong enough signal to say that El Nino Decembers will always see below normal snowfall.  However, from the data set, we can say that El Nino Decembers tend to have below normal snowfall for Michiana.

For more information on how El Nino affects our weather around Michiana, click here.