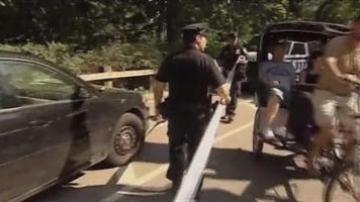 Investigators say the 73-year-old woman was raped while bird watching.

A college professor spotted the woman, lying face down in an area of the park known as Strawberry Fields.

“I saw that her face was badly beaten,” said Eric Ozawa. “It was swollen her right eye was blackened, her forehead was swollen. She had bits of mulch on her face and mud. She told me that she had been raped.”

She said the guy confronted her when she refused to delete the pictures.

Police are still searching for the suspect.