Electoral College in Indiana and Michigan 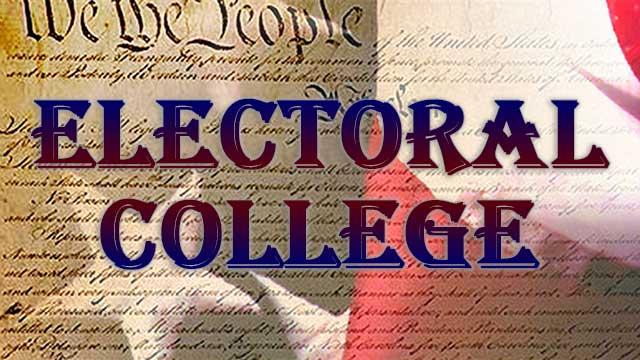 The Electoral College, the way we officially elect the President and Vice President of the United States, will meet in their respective states on December 19, 2016.

Each party chooses their electors during their national conventions. The party who wins the state on Election Day, sends their electors to participate in the Electoral College.

The electors meet in each state meet at a location and time on December 19 determined by state law.

In Indiana, the eleven electors will meet at 10 a.m. ET in the chamber of the House of Representatives in the State House.

There will be an invocation, Presentation of the Colors, recitation of the Pledge of Allegiance, singing of the National Anthem and welcoming remarks.

Then a roll call is taken of the electors.

This year, Indiana's elector candidates from the Republican Party are:

During the meeting, the electors first vote for President on a paper ballot. The results are tabulated and announced.

Then the electors vote for Vice President on a paper ballot, the results are tabulated and announced.

Copies of the Certificate of Ascertainment and Certificate of Votes Cast are sent to President of the Senate, the National Archives, the Chief Judge of the Southern District Court of Indiana and the Indiana Secretary of State.

In Michigan, the electors will convene in the senate chamber at the capitol at 2 p.m. ET on December 19.

The elector then must vote for the candidate they were pledged. Failure to do so will result in the elector being removed and replaced.

Electors are chosen by each political party.

The governor must sign the Certificate of Ascertainment and Certificate of votes cast to the President of the Senate, the National Archives, the Chief Judge of the Southern District Court of Indiana and the Indiana Secretary of State.

The following states have state laws that require electors to cast their vote for a specific candidate. Some states even include fines or criminal law violations for failing to vote appropriately.

On January 6, the electoral votes from each state are counted in a joint session of the Senate and House of Representatives.

The president and vice president take office at noon on January 20, 2017.